Lessons Learned From the Telephone Game 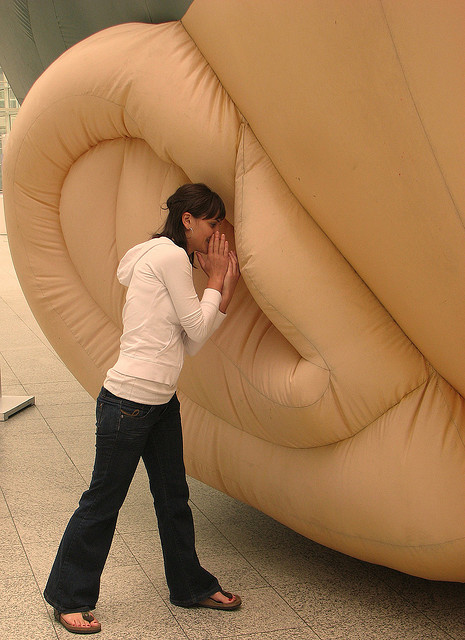 Some of the most important lessons that we learn in life are taught to us early on.

For example, I’m sure that most of you can remember playing the game Chinese whispers, or as it is commonly called in the United States, the “Telephone” game.

While the game is amusing, it also teaches us an important lesson that people often forget.

The lesson, as you probably have already figured out, is that information that you receive via word of mouth is not always accurate. In fact, if you don’t receive information directly from the source, there is a good chance that at least part of the message is incorrect.

The Telephone game illustrates how quickly a message can be altered even when passed from person to person in a relatively short line.

In the real world word, the Telephone game often goes by a different name: Gossip.

As people relay a message from one person to another, the message often gets distorted, sometimes so much so that the intent of the original message is completely lost. What is left is an inaccurate statement that could actually do harm to the reputation of the person or business that is being talked about.

The tools that are available to people today (e.g., cell phones, text messages, social networking sites, email, etc.) only complicate the issue. These tools make it even easier for a rumor to spread at an alarming rate, particularly if the person who is being talked about is a celebrity.

Deep down, we all know that the information that we hear about via word of mouth, whether it be online or offline, often contains misinformation. And, yet, people still choose to share it. In fact, for some people, gossiping is their primary form of entertainment.

What we all need to remember is that what we say can have a negative impact on the person who we are talking about.

People aren’t the only victims of gossip. In fact, businesses are often the subject of conversations on the Internet. If the rumors take a turn for the worse, it can have a very negative impact on the business’s reputation.

For that reason, businesses need to monitor what people are saying about their products or services online. This will allow them to highlight the positive things and address and correct the potentially damaging negative information that is being spread online.

If you are looking for specific examples of how businesses have handled these types of situations, you might want to take the time to watch Paula Berg’s (@paulaberg) presentation in the HubSpot Inbound Marketing Certification Program. In her presentation, Ms. Berg gives examples of how Southwest Airlines used the Internet to their advantage when potentially damaging rumors about the company started to spread, both online and offline.

It’s important to remember the lessons that we learned from the Telephone game early on in life.

For example, the Telephone game reminds us just how quickly a message can be changed into something completely different when it is passed between even a few people.

It is therefore important to remember that the things that we learn about via the rumor mill can, and often do, include incorrect information.

On a personal level, we need to be mindful of what information we spread, given the fact that what we say can have a negative impact on the individual or business that we are talking about.

From a business standpoint, it is necessary for businesses to monitor what is being said about their products and services online, if for no other reason than to correct the misinformation that is being spread.

As I have mentioned in other posts, words have power. In some cases, what is being said about a business can have a negative effect on the business’s reputation and ultimately, its bottom line.