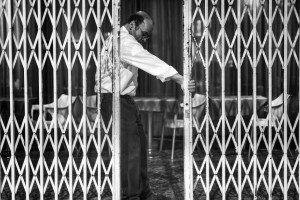 It was not long after the World Wide Web was created that people began looking for ways to help users find content online.

In fact, the first website was created by Tim Berners-Lee on August 6, 1991. The first search engine, W3Catalog, was created only two years later. This was followed by Aliweb, JumpStation, Infoseek, WebCrawler, Yahoo!, Lycos, and many more.

Then in 1998 Google was founded and the way search engines found and prioritized content changed dramatically.

According to Wikipedia, “While conventional search engines ranked results by counting how many times the search terms appeared on the page, they theorized about a better system that analyzed the relationships among websites. They called this algorithm PageRank; it determined a website’ relevance by the number of pages, and the importance of those pages that linked back to the original site.”

Today, there are many different factors used by Google to rank content and determine what gets the coveted positions on page one on a Google Search Engine Results Page (SERP).

However, that is not really the point that of this post. The real point being is that maybe even before the old gatekeepers lost a great deal of their power, new gatekeepers were being created.

Once again, we are almost right back to the same place where we started.

A Way to Get Found Online—Search Engine Optimization

In an effort to circumvent the new gatekeeper, or maybe earn favor with it, businesses started to use tactics that we now refer to as search engine optimization (SEO).

As a post on Search Engine Journal (SEJ) points out, “Although it could be argued that SEO and all things search engine marketing began with the launch of the first website published in 1991, or perhaps when the first web search engine launched, the story of SEO “officially” begins a bit later, around 1997.”

“Ranking high on search engines in 1997 was still a pretty new concept,” the author writes. “It was also very directory driven.”

That was, until Google changed everything.

“Although links were only one component of Google’s overall ranking algorithm, SEO practitioners latched onto links as being the most important factor – and an entire sub-industry of link building was created,” the SEJ post continues. “Over the next decade, it became a race to acquire as many links as possible in the hopes of ranking higher and links became a heavily abused tactic that Google would have to address in coming years.”

As anyone involved with SEO knows, the tactics needed to achieve a high ranking on a Google SERP are constantly changing.

In fact, recent developments in technology have dramatically changed SEO once again.

When Google announced the use of machine learning (ML) with Google RankBrain in October of 2015, a new era of search was being ushered in.

“Since that time, Google has expanded RankBrain to run on every search,” the author of the SEJ post writes. “While RankBrain impacts ranking, it isn’t a ranking factor in the traditional sense, where you get rewarded with better rankings for doing x, y, and z.”

While it is an exciting time for SEO practitioners, it is becoming harder to tell what the search engine gatekeeper will reward.

As the SEJ post points out, there still are things that can be done to get found in Google.

However, with the use of machine learning, it appears that the way to get ranked in organic search is going to be less formulaic.

Given that it is machine learning helping make the rules, will we end up with issues that we are finding in social media today? This is something that I will explore in a future post.

But first, let’s look at getting found on social media from a purely business perspective.

Getting Found on Social Media

In the early days of social media, most of the social networking sites displayed posts in reverse-chronological order.

That worked okay at first.

However, as more people joined, the social networking sites needed to find ways for people to find new content that they might not otherwise find. Again, this was accomplished by creating algorithms that reward specific behaviors.

From a business perspective, your company wants to get its message out there to sell more stuff or accomplish some other business goal.

This is great! You just need to please the new gatekeeper and optimize your content to meet the ever-changing requirements of each social networking site.

If that is the intent, sproutsocial has a post that offers some great suggestions.

However, as even the sproutsocial post points out, the algorithms are not perfect.

“There are plenty of instances of algorithms seemingly “hiding” content on Facebook at random despite being optimized to a T,” the author of the post writes. “On the flip side, there’s a well-documented phenomenon on YouTube of videos surging to millions of views out of nowhere after being recommended to seemingly random viewers.”

“Oh, and algorithms are constantly evolving, attempting to work out the kinks and provide the best user experience possible,” the post continues. “As a result, marketers have to constantly adapt to ‘em. This means consistently experimenting with content and changing up marketing strategies.”

Whether optimizing content for search engines or social networking sites, it takes a lot of work and knowhow.

Many businesses don’t have the time or expertise to be able to optimize their content to reach the right users online.

Luckily, many of the search engines and social networking sites offer you the option to pay to get your content in front of users.

Indeed, we are right back to the place where we started.