Think About What You’re Sharing Online Part 2: Words Have Power 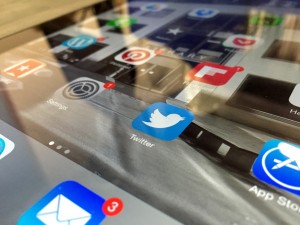 As you already know, there is a lot of information being shared on the Internet.

As you also hopefully know, just because it is on the Internet doesn’t necessarily mean that it’s true.

In a post last year, I warned readers to fact-check the statistics that they are sharing online, because there are a lot of ways that numbers can be manipulated or misquoted to support ideas that are completely and totally false.

But the statistics are only part of the equation.

In fact, it might be the words that we choose to use in our social media posts or online articles that can have the most power.

While I have covered many of these topics in the past, I think now is a good time to point them out again given the fact that people, including our leaders in government, are using online tools to reach other people directly, thus bypassing the old gatekeepers who also served as fact-checkers.

This would be okay if the people sharing the information always posted verifiable facts. However, what they are often sharing is misinformation and half-truths designed to help them achieve their underlying goals.

While this might help the person in the short-term, spreading information that is not factually correct can have a negative effect on the brand, particularly if the person spreading the information is the brand.

Furthermore, given the nature of social media and the desire to be the first to post about a topic, we need to remember that typos do happen. Therefore, even people posting information online with the purest intent can end up sharing erroneous information that can eventually go viral if the typo is not found and corrected. Even then, the erroneous information could continue to spread after it is corrected—more on that later.

The rest of this post is intended to point out some of the things that people should think about before sharing content online.

Note: This post is written with the consumer of the information in mind. However, these concepts can also help businesses make sure that they are not sharing information online that might eventually do much more harm than good to their reputation.

If you are not familiar with the source, be skeptical.

If the source of post is a reliable news outlet, more than likely the information was fact-checked. However, even experts make mistakes. Whenever possible go to the original source to verify the validity of the post.

Checking with snopes.com can often uncover erroneous information that is being spread online.

The Words That We Choose to Use Matter

In the English language, there are many ways to say the same thing.

Many academic studies have been done to prove that the words used and the way that the messages are phrased can influence the way that people respond to what is being said.

In fact, changing just one word can have a huge impact.

The words that we use often say a lot about the intent of the post and reveal things about the person posting it as well. Furthermore, if you share someone else’s post, it could also influence the way that you are seen by other people.

To make things even more complicated, the words that we use can have different meanings in other cultures, thus influencing how the post is being interpreted by different readers.

If you are looking for a place to start to learn more about how the words and phrases we choose to use influence the way others interpret what is being said, I’d suggest reading “Words that Work: It’s Not What You Say, It’s What People Hear” by Dr. Frank Luntz.

Typos and Omitted Words Can Change the Meaning

Unless we are dealing with bots, and there are a lot of them, the posts that we read online are being written by a human.

Whether it is in an article or a post on Twitter, a typo or an omitted word can change how people interpret what you are trying to say.

It is therefore important to take the time to proof what you post online. And, again, if possible fact-check posts from others before sharing them.

Not Everyone Sees the Correction or Retraction

By the very nature of social media, people often share things quickly without thinking about it and move on to something else.

Therefore, when there is a correction or retraction to something posted online, many of the people who saw and shared the original post won’t see the correction.

To make matters worse, unless the correction is made to the original source, people often will continue to the share erroneous information after it has been corrected.

Things Get Changed When They’re Shared

When reading posts online, I often remember “The Telephone Game.”

In the Telephone Game, a message is given to the first person in a line of people and then he or she is told to pass the message on to next person in line by whispering it in their ear. This continues from person to person until it gets to the end of the line. At that point, the last person announces the message to the group.

In most cases, what is announced at the end is significantly different from the message given to the first person in line.

Even though social media posts are often written communications, people often paraphrase what is said when they share it online, while others add their own commentary.

In some cases, changes need to be made in order to fit the character restrictions on the specific social media platform.

In many ways, social media is just like the Telephone Game.

Given the fact that changing even just one word can make a huge difference, it is generally a good idea to be skeptical about what you read on social media.

People See What They Want to See

While this might not influence what is being shared, it is important to remember that everyone brings with them their own thoughts, feelings, biases, and life experiences.

When we read a post online, we tend to see what we want to see.

Therefore, even if two people read the same post, the way that they interpret it might be completely different.

One of the final things that I want to point out is that people often find out about something on one social networking site and share it on another.

As Dr. Jonah Berger, professor at the Wharton School at the University of Pennsylvania pointed out in his book, titled “Contagious: Why Things Catch On,” most word of mouth happens offline.

In fact, only about seven percent of word of mouth happens online.

If a person shares online content with another person offline, we have another opportunity for the Telephone Game to take place. If the person receiving the message offline then posts something online, it is again possible that erroneous information will be spread.

I’m not saying that you shouldn’t believe anything being shared online. It’s just that there are a lot of things that can happen when things get shared, both online and offline.

All of these things can potentially change the meaning of the message entirely.

As I mentioned earlier in this post, the words that we use often say a lot about the intent of the post and reveal things about the person posting it as well.

Furthermore, if you share someone else’s post, it could also influence the way that you are seen by other people.