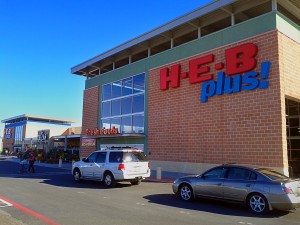 “Fans of the late “Queen of Tejano” Selena Quintanilla caused the website of Texas-based supermarket chain H-E-B to crash after they released a limited-edition reusable shopping bag honoring the singer,” writes Thatiana Diaz in a March 9th post on people.com.

H-E-B clearly hit a homerun when it teamed up with the Selena Foundation to sell a limited quantity of special-edition shopping bags that honored the late singer Selena Quintanilla.

However, the real story goes beyond the fact that people waited in line to buy the bags or that the bags sold out so fast.

The real win was all the earned media coverage that the brand received when fans of the singer posted photos of the bags online and the press covered the story after the bags sold out so quickly and caused the H-E-B website to crash in the process.

The Selena Bags Generated a Great Deal of Earned Media

In addition to the article on people.com, the story was covered on today.com, popsugar.com, retailwire.com, and on local news affiliates’ websites around the country.

This definitely helped put the brand front and center, making it visible to a lot of potential customers.

And, as most marketers know, the best thing a brand can get is a positive mention of the brand from a customer on social media, as friends and family are the best influencers out there.

So, when fans went online in droves to post photos of the bags, as well as photos of the lines of people waiting to receive their bags, the retailer scored… big time!

My mom & grandparents on the front cover of the paper for snagging themselves some #Selena Bags 🎶 #SouthTexas #SelenayHEB #LatinX pic.twitter.com/I1rlMidcwV

Shout out to my mom and dad for buying these!!!! #SelenayHEB pic.twitter.com/q9mqAjwn7o

My daughter got some gold today. She got em yo give them to family.
Crazy how some folks selling for $100 bucks on Ebay.#SelenayHEB #SelenaBags #Selena #anythingForSelenas pic.twitter.com/4SIzuSn4pz

My local @HEB sold out of the Selena bags!! Plus I was told that it was a one day only event ! #SelenayHEB pic.twitter.com/6txVSRMd83

Yayyyy! Thank you so much Mr. Q !!💜💜 #queenofcumbia #selenayheb @heb

Im so excited I was able to grab a couple of these!! #SelenayHEB

These sold out so fast in stores and even caused the @heb website to crash. I’m so lucky I got them! 💃🏻🌹🎤 #selena #selenaquintanilla #selenayheb #queenofcumbia #queenoftejano #lareina #siempreselena

Thank you to @lolie_10 for letting me know there was a line for bags in San Antonio. I was able to get to an HEB in time for my bags! #selenayheb #austin #atx #heb

The Limited Edition Selena Bag as a Social Media Prop

This isn’t the first time that I have written about shopping bags as a way to get a store mentioned in user-generated posts in social media.

In fact, it was about two years ago that I wrote a post explaining how to use visually appealing luxury shopping bags as photo props to get included in the posts when customers upload photos of their in-store purchases after a long day of shopping.

In this case, though, the shopping bag was not only used to carry home the products purchased, it was the product.

A product that was the star of a lot of photos posted online shortly after the bags went on sale.

The Upside of “Sold Out”

Because the sale of the bag helped the Selena Foundation while honoring the beloved singer, I think H-E-B did almost everything right.

I say H-E-B did almost everything right, because the website did go down and they did run out of bags on the first day. Clearly there was more demand than the store anticipated.

But then again, maybe the fact that they ran out so fast was also a good thing, because the limited quantity of the bags increased their perceived value. If you don’t believe me, just look what they are selling for on eBay! (Many have sold for over $50 per bag, with one selling on March 7, 2018 for $169!)

And, if the website hadn’t crashed, would the press have covered it? Who knows? Therefore, that might be a good thing, as well.

As I have said before, offering customers a trendy shopping bag is a great way for retailers to get included in the post-purchase photos that customers upload to social networking sites after a long day of shopping.

As highlighted in this post, H-E-B offered a limited edition reusable shopping bag that honored a beloved singer and benefited the Selena Foundation. In this case, the bag was the product.

A product that a lot of customers wanted, as demonstrated by the long lines and the many posts on social networking sites from customers bragging that they got the bag or complaining that they weren’t able to purchase one.

Either way, the reusable shopping bag honoring Selena Quintanilla generated a lot of earned media for the store. And, that is a good thing.

On that note, I want to end the post with a YouTube video from a customer who just missed out on getting the bag. He was gracious even though he waited in line only to leave empty handed… twice! (He waited in line in the store and couldn’t get a bag online before the website crashed.) Hopefully, he will still be able to purchase the bag online on eBay.