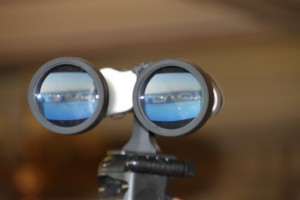 The world that we live in is changing at a rapid pace.

To prepare themselves for the future, leaders need to keep an eye on the things that will influence their businesses.

With this in mind, one of my first posts each year lists the things that I think will have the biggest impact on the world we live and work in in the next few years.

This list not only helps me stay focused on the important topics, but also serves to track whether or not I am watching the right things.

8) The evolution of retail (including omni-channel retail) [2014]

23) Business collaboration with the competition [2017]

Each year, I add a few new items to the list.

I also deleted the evolution of marketing and public relations because it is implied when you consider all the other items on the list, in aggregate.

Finally, I broke augmented reality and virtual reality into two separate categories, because we are starting to see some interesting things happen with these two technologies.

So again, you have my updated list. If there is anything that you think that I should add, please feel free to comment below.