Note to Marketers: Holidays Help Connect Us to Others… and Every Day Is a Holiday 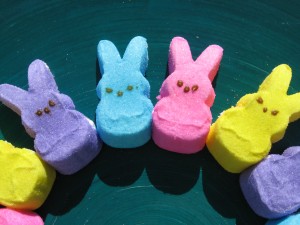 The idea of creating a marketing campaign that is focused on a holiday is nothing new.

Businesses have been doing this for years.

They do it because it works.

Part of the reason why it works is because people often want to feel a connection to the world around them, and holidays tap into that need.

In a 2013 post on the Everyday Sociology Blog, Dr. Karen Sternheimer, sociologist at the University of Southern California, points out that the rituals associated with the end-of-year holiday season help us feel connected to the rest of society.

As she writes, “Sociologist Emile Durkheim saw rituals as a form of social glue, holding societies together. Shared experiences, like religious and secular celebrations may help create a feeling of commonality. As sociologist Diana Kendall discusses in her book Framing Class, during the holidays media coverage tends to highlight giving to the less fortunate more than other times of year. She found that news stories tend to be more sympathetic and less critical of the poor, highlighting their humanity and stressing our common bonds.”

“Whether the rituals are gift giving, religious worship, or other cultural practices, they serve to unite us with the people we celebrate them with,” she continues. “Wishing strangers “Happy Holidays,” “Merry Christmas,” or “Happy New Year,” extends these bonds beyond our immediate social group.”

Every Day Is a Holiday

While Dr. Sternheimer was talking about the end-of-year holiday season, this enhanced feeling of connection to others as a result of celebrating holidays can happen during any time of the year.

And, marketers are in luck, as there are many reasons to celebrate all year long.

In fact, as you will find with a quick Google search, every day is a holiday.

Sure, you might think that many of these obscure holidays seem hokey or just plain made up. And, it’s okay to think that because many of them are.

In fact, many of these holidays were made up by the man who founded the Foodimentary website.

In an effort to expand their sales beyond the Easter season, Peeps, the brand of marshmallow candies that is over six decades old, introduced Peeps Minis with a marketing campaign that attempted to link the brand to some of the more quirky and obscure holidays.

According to a 2014 New York Times article, “Todd Condie, a copywriter with the Terri & Sandy Solution, said the concept for the campaign sprang from the idea that Peeps were associated with special occasions.”

“What we kept coming back to was that what really defined Peeps as a product was the fact that it was associated with special times, so we tried to figure out what made every day special,” Mr. Condie is quoted as saying in the article. “And it set us off into this world of weird, quirky holidays that really fit the quirky nature of the Peeps brand.”

Fast forward two years and it looks like Peeps Minis did not go over so well.

However, if you visit their Twitter page or any of their other social media accounts, you will notice that the people in charge of marketing Peeps haven’t abandoned the idea of using holidays to sell their tasty treats.

Given the fact that holidays tend to make us feel more connected to each other, it makes sense that brands use holidays in their social media marketing campaigns, as social media is all about connecting and sharing with others.

Therefore, it’s not surprising that in the Market Motive/Simplilearn Advanced Social Media Certification Training, Jennifer Cario, President of SugarSpun Marketing and Author of Pinterest Marketing: An Hour a Day, suggests incorporating holidays into a business’s content mix to catch the attention of current and potential customers.

As she states, “Do you have some type of holiday tie-in? If you sell GPSs, can you do something around Columbus Day that’s got some humor to it? Do you want to push your specific candy as the perfect topper on National Ice Cream Day? There are legions of websites out there that list every single sub-holiday that exists.”

“National Tweed Day and, again, National Ice Cream Day, and Share a Hug Day,” she continues. “There’s millions of those, and there’s the opportunity to produce content around all of them. Then to creatively use some promotion and some viralized concepts and feeding things out to influencers to get people talking just based off the excuse of what’s basically a made up holiday.”

“But, again, if it gets people interested, and it catches their attention, it can be a fun way to put some content together,” says Cario.

As Dr. Karen Sternheimer pointed out, the rituals associated with holidays unite us with others and extend bonds beyond our immediate social groups.

This is something that brands have taken advantage of when creating marketing and advertising campaigns over the years.

As experts have pointed out, marketers don’t need to wait until the next big holiday to tap into the positive feelings associated with the major holidays sprinkled throughout the year, because every day is a holiday.

In fact, there is a holiday for just about everything.

While some of the holidays seem a bit hokey or contrived, that’s okay.

If celebrating the holiday fits the brand’s image, creating content built around the holiday can still create the sense of unity.

This will help connect the brand with current and potential and customers in a light-hearted way that will likely be a welcome distraction given some of the more heavy and somber issues that people need to deal with in their everyday lives.