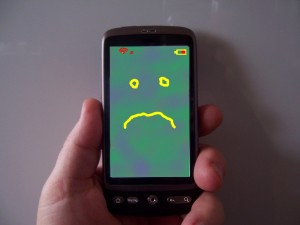 In almost every instance where a business is trying to sell a product or service, it takes multiple positive interactions before a prospect becomes a paying customer.

The average number of positive interactions, or touches at various touchpoints, required typically varies by the type of product or service being sold.

Sometimes it is something that the brand has no control over that causes a prospect to choose the competitor’s product or service.

There are some things that can be done to combat this problem. However, it does require some effort.

To illustrate this point, I am once again going to use my recent smartphone purchase as an example.

The Incumbents: Motorola and Verizon Wireless

I have been a loyal Verizon Wireless customer since I moved to Louisiana back in 2006.

When I moved there, I asked some of the local residents what provider they recommended since U.S. Cellular wasn’t an option in the area, at least at that time.

Nearly everyone who I talked to suggested Verizon Wireless, because they felt that Verizon Wireless had done the best job getting service restored after hurricane’s Katrina and Rita.

I took the advice of the residents of Louisiana and 10 years and two states later, I am still a customer.

As for the device, I think that all the cellular phones that I have owned up until this year were Motorola phones. (Some of my earliest cellular phones might have been made by Nokia, but I am not sure.)

Something that I am absolutely sure of is that the phone that I purchased when I move to Louisiana was a Motorola, as were my first two smartphones. And, my satisfaction with the brand was extremely high.

That was, until Motorola and its parent company, Lenovo, announced that they plan to phase out Motorola and only offer the Moto phones.

I was now faced with the option of getting one last Motorola phone or make the inevitable switch to Samsung.

During my initial visit to the Verizon Wireless store, the salespeople who I talked to spoke highly of both phones, but seemed to slightly favor the Samsung Galaxy S7 Edge.

Needless to say, I left the store that day still undecided.

So, I did what many people do and asked for advice on Twitter.

It’s definitely time to replace my #smartphone. Thinking about the Samsung Galaxy S7 Edge or the Motorola Droid Turbo 2. Any thoughts?

@sprintforward I’m leaning that way. Thanks for the suggestion and the offer.

As you can see, the only response that I received was from the Sprint Forward Twitter account.

They recommended the Samsung Galaxy S7.

Get ready to geek out. Pre-order the Samsung Galaxy S7, get a free Samsung smartwatch or VR headset. #TheNextGalaxy https://t.co/4mFLPXRkyV

That was it, I was almost certain that I would make the switch to Samsung.

I only needed to check out some product reviews from CNET and a few other sources. All of which confirmed that Samsung was the best option available at the time.

The Choice: Sprint or Verizon Wireless

Given my past experience with Verizon Wireless, it was going to take more than a contact on Twitter to get me to switch to Sprint.

That said, if my past experiences with Verizon Wireless hadn’t been so positive, I might have switched to Sprint or even went to Best Buy to purchase the smartphone.

And, Sprint definitely has my attention if for some reason I need to change wireless carriers in the future.

But, Verizon Wireless did offer a good data plan, had a great offer, and has provided excellent customer service—so I remained a customer.

Had Motorola reached out on Twitter or if someone would have recommended it, I might have purchased the Motorola Droid Turbo 2, if for no other reason than to get one last Motorola phone. But, nobody did.

And, Motorola already made the decision to phase out the brand that I was loyal to, so it made my decision to switch that much easier.

In this case, the brand lost a loyal customer because of what they did (plan to phase out Motorola phones), what they didn’t do (reach out on social media or anywhere else at right time), and what other people did (recommend the competition.)

In contrast, while Verizon Wireless didn’t reach out this time, they at least did use a promoted tweet to get my attention on Twitter and create awareness of a great offer. And, to their credit, they did reach out to me a few years ago when I wrote a post about how access to high speed wireless data can have an effect on a brand’s mobile marketing campaigns.

But, in reality, it was the fact that they have always provided great customer service in the past that kept me a customer. That, and the fact that their data plans are competitive with the other carriers.

What this example shows is that in the same transaction, one brand kept a loyal customer by providing competitive pricing combined with great customer service, while another lost my business because of what they did, what they didn’t do, and what other people did.

As pointed out, sometimes it is something that the brand has no control over that can have a negative effect on a sale.

With a little foresight, there are things that brands can do to combat this problem and bring in new customers and retain existing ones.

However, it does require some effort.