Using #Hashtags to Connect to Consumers on Social Networking Sites 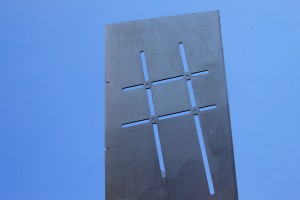 In the United States, there are a lot of consumers who use social networking sites, many of whom access them on a mobile device. And, these numbers continue to increase as time goes on.

Knowing how to connect to these consumers is a very important skill for all marketers to have.

While there are many tactics that marketers can use, having a basic understanding of hashtags is a must. Knowing how to effectively use hashtags can be an important way to reach consumers on social media.

A Brief History of the Hashtag

A 2014 post on the Adweek SocialTimes blog gives a brief history of the hashtag.

“Once more commonly referred to as the pound sign, online use of the hashtag began on IRC (Internet Relay Chat) in the late 1990s, where it was used to categorise items into groups,” writes Shea Bennett. “In August 2007, designer Chris Messina asked his followers how they felt about using the pound sign to group conversations on the micro-blogging platform, and thus became the first person to use the hashtag on Twitter.”

“After that, Twitter never looked back, and the hashtag was eventually adopted by Instagram, Facebook, Google+, Pinterest and seemingly every other major digital platform,” the article continues. “Today, hashtags are everywhere and an important part of every modern marketing strategy.”

how do you feel about using # (pound) for groups. As in #barcamp [msg]?

What Hashtags Can Do for Business

In almost every social networking site, hashtags help users find content by linking posts with the same hashtag. In other words, users can search for similar content by clicking on the hashtag to get access to other posts that use that hashtag.

With this functionality in mind, it is important to research what hashtags your customers and prospects will find.

In Twitter, hashtags often show up in the trending topics if they are used by enough users. If the topic is relevant to the brand, you should consider using the hashtag. However, keep in mind that this tactic can backfire if your posts seem too self-promotional, off topic, or if joining the conversation is just generally in bad taste. (Note: There are also similar ways that trending hashtags will show up in other social networking sites, as well. The same things need to be considered on these social networking sites, too.)

Hashtags can also show up in a search engine results page (SERP) on Google or any of the other search engines. Furthermore, there are tools that can be used to find the most used hashtags on various social networking sites. This is another way that hashtags help increase the reach of your content.

If you create a hashtag with the intention of getting users to engage with your brand or share your content, be aware that just because you want users to use the hashtag, doesn’t guarantee that they will.

Furthermore, as several brands have found out, creating the wrong hashtag can backfire by encouraging people to share negative things about your brand. Therefore you need to proceed with caution.

Finally, it is important to realize that hashtags can also be used to convey a message to users even if they don’t use them for their ability to search for other content (e.g., #fail, #lol, #tgif, etc.) This is particularly important on social networking sites like Twitter, where brevity is often encouraged or even required. (If you haven’t seen it, you need to check out the YouTube video featuring Jimmy Fallon and Justin Timberlake that parodies this concept.)

A Few Ways to Integrate Hashtags Into Your Other Marketing Campaigns

As already mentioned, hashtags help encourage customers to share their thoughts about your brand on social networking sites.

If done correctly, hashtags can help customers connect with the brand and other customers, thus building a community around the brand. 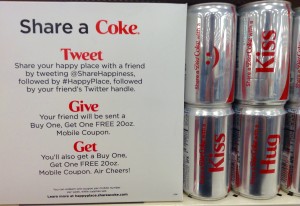 By including a predetermined hashtag on your packaging, it can encourage customers to use it when they share the love of your products on social media.

Including hashtags on your advertising in other media (e.g., television ads, print ads, webpages, etc.) can help increase the reach of these campaigns and continue the conversation about the brand.

You can also run a contest on various social networking sites and offer a prize to users who share a specific type of content and use your predetermined hashtag.

Finally, if you are organizing an event or gathering where customers and prospects would benefit from hearing what other attendees are saying about the event or topic being covered, create a hashtag that allows them to connect and share with each other on various social networking sites. This content can then be displayed on a video screen so that people who do don’t use the specific social networking site can also see what other attendees are saying.

Last year, Ceci Dadisman, Consultant and President of Cardinal + Company, wrote an article on ArtsHacker.com that gives further examples of how to use hashtags for audience engagement. You might want to check it out.

Hashtags have become a part of the way that consumers communicate with each other on social networking sites. Using them can also be a way for customers and prospects to communicate with your business.

Given the fact that smartphones have given customers the ability to access social networking sites wherever they are, social media and the proper use of hashtags should be something that all marketers are aware of and trained on.

If used incorrectly, hashtags can backfire and encourage people to share negative comments about your brand. Therefore, it is important to monitor what people are saying on social networking sites and, if appropriate, respond accordingly.

When used correctly, hashtags can help increase the reach of your messages, create a community, and give customers a place to share the love of your products or services.