Six More Things That Will Influence Business in 2016 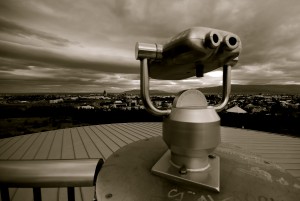 With this in mind, I am not going to say that this is the year of anything.

However, I do think that there are several things that are worthy of watching in 2016.

I’ve been updating this list for a few years.

Most of the items on my past lists are still worthy of keeping an eye on.

Here is a list of some of the things I have been watching in the last few years with the year they were added to the list:

Additional Things That I Will Be Watching in 2016

As I mentioned in past years, this isn’t a comprehensive list. Rather, these are some of the things that I feel will have the largest impact on business in the upcoming years.

Here are the items that I have added to the list this year:

This one should have been on my list when I first started it. In my defense, I did write about the importance of online video marketing in 2014.

Online video is only going to become more relevant as Internet speeds increase and the costs to upload and consume video content decreases globally.

Furthermore, not only are people consuming a lot of online video content because they found it on social networks, videos can also show up in search engine results pages (SERPs).

These can be classified as a subset of several of the items already on my list, including mobile (user experience and marketing), mobile payments, omni-channel retailing, and the Internet of Things.

Any business looking to increase efficiencies or leverage some of the cool new ways to interact with consumers on their mobile devices needs to be looking into these technologies.

I am reluctantly putting these on my list, mostly because I haven’t had any firsthand experience with them that has blown my mind. However, enough people are talking about these technologies to add them. I need to learn more about the ways that they can be used before I can write anything further. Stay tuned.

18) SEO for the Internet of Things

Not many experts are talking about it yet. But, I think that they should.

The Internet of Things is going to influence every aspect of our life, including using sensors to give us the information needed to make decisions that will simplify our life and make it more enjoyable.

As time goes on, I predict that Google and some of the other search engines will want to use this data to include it in their SERPs.

Google has already started to do something like this by showing when some businesses are the busiest in its search results. From articles that I have read, Google is obtaining this information by collecting anonymous information from the users of the Google Maps app.

I think it is inevitable that Google will start to expand and include data from other sources. However, this is going to require some sort of standardization of input data before Google could use it to provide information in its SERPs. This is what I am currently calling SEO for the Internet of Things.

I have heard a lot of experts using the word “experiential” a lot.

As an added bonus, if documented correctly, an experiential marketing campaign can be shared on social media sites to make the investment more attractive for business leaders.

By now, everyone has heard about fitness trackers helping people get healthier.

And, although Google Glass has failed so far, there is talk that they are trying to bring it back in a form that will be accepted by consumers.

If wearables do continue to take off, there are countless ways that businesses can benefit, including finding ways to use the data to better consumers’ lives. As always, it would require consumers to opt-in. But, when they do, a lot of cool things can be done.

These are some of the things that I plan to continue to watch in 2016 and beyond.

And, as I have mentioned in the past, a new technology that we don’t know about could change everything.