The Decrease in Social Sharing, Mobile Websites, and Dark Social 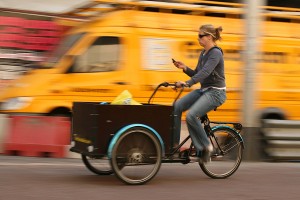 Content marketing is a great way to generate leads for your business.

But search engine optimization is only part of the equation. When it comes to content marketing, getting people to help share your message via social media is also important.

In General, Amplification Rate Is Decreasing

In a recent post on the BuzzSumo blog, Steve Rayson points out that although some popular sites have increased the amount of content that they produce, the level of engagement with those posts has been trending downward.

These three factors, or mistakes that content creators make, include: Lack of research, lack of amplification, and lack of monitoring.

I suggest reading the BuzzSumo post for further details.

I wonder if this is another partial explanation for the overall downward trend in the rate of social sharing, given the fact that so many people are consuming content on mobile devices these days.

After doing a quick search on Google, I wasn’t able to find any hard numbers to verify my observation.

However, I was able to find an article on Marketing Land from 2013 that said that consumers were “nearly twice as likely to click and share content on social networks through mobile devices as opposed to desktop.”

This data might be outdated, as these numbers can change extremely quickly based on many different factors.

In fact, according to a post on their blog in May of 2015, Moovweb reported that “Only 0.2% of users ever click on a mobile sharing button. Mobile users click sharing buttons 35% less often that they do on the desktop.”

These numbers also need to be taken with a grain of salt because they based on a subsection of Moovweb customer data. (While Moovweb powers over 250 mobile experiences, these numbers might not reflect the state of social sharing on mobile websites, in general.)

That said, they may have uncovered some valuable insights that businesses can use.

According to the Moovweb blog post, “Just because sharing buttons have been popular on the desktop web does not mean they can be ported over with the same experience on the mobile web. And while 0.2% of mobile users clicking on a social sharing button is a minuscule figure, it does reflect the way social media usage on mobile has evolved: away from the web and toward apps.”

“Most mobile users access social networks via an app, so they are often not logged in to the corresponding social networks on the mobile web,” the blog post continues. “Pinterest, for example, gets 75% of its traffic from apps.”

Moovweb believes that the fact that users need to be logged in in order to share content is the reason for the low percentage of sharing on the mobile web. This creates extra steps that mobile users might not be willing to take.

Note: I have encountered social sharing buttons on mobile websites that require a user to log in to the mobile web and others that ask if I want to open the correct app, thus bypassing the need to type in a username and password again. This helps fix the problem that Moovweb identified. However, I am not sure if this option is available on every mobile device.

To complicate things even further, there is the issue of users sharing links to content via email, SMS, instant messaging or some other way of electronic communication that does not fit neatly into what we usually classify as social media.

In an article for The Atlantic, Alexis Madrigal classifies these types of referral sources as “dark social” because they are difficult to measure exactly which sources are driving users to a website.

At the time the article was written, Madrigal stated that dark social was nearly always the top referral source for The Atlantic.

This reflects the ever-changing way that people use social media and other electronic communication methods. And, again, mobile devices are helping drive this trend.

A recent post on the NeimanLab site helps illustrate the prevalence of “dark social” sharing.

As Joshua Benton explains in the post, when asked how often SMS and chat apps are used for sharing posts on BuzzFeed’s site, Stacy-Marie Ishmael stated that SMS was the most used way readers share BuzzFeed’s content, followed by Twitter, email, and Facebook. That means that two of the four most common ways that readers share BuzzFeed’s content on Android and iOS are not on standard social media sites. (It appears that this is only based on traffic received from mobile devices, but it is not clear based on the information provided in the article.)

Note: Some of what might be classified as dark social sharing might, in fact, be a form of bookmarking posts so that users can read it later. For example, they might email an article that they find on their smartphone to themselves in order to read it later on a desktop computer.

There are many factors that play a role in whether content gets shared or not.

However, sometimes the problem is not the fact that users are not sharing the content, but that they are sharing it in ways that we can’t currently accurately track and measure.

Therefore, identifying the key issues that inhibit social sharing is not always easy to identify and might be even more difficult to fix.