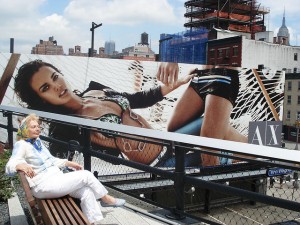 When creating a marketing campaign, particularly one that uses sexual imagery to sell the product, it is important to consider what you are selling and to whom you are selling to.

In his book, titled “Words That Work: It’s Not What You Say, It’s What People Hear,” Dr. Frank Luntz points out that, “You can have the best message in the world, but the person on the receiving end will always understand it through the prism of his or her own emotions, preconceptions, prejudices, and preexisting beliefs. It’s not enough to be correct or reasonable or even brilliant. The key to successful communication is to take the imaginative leap of stuffing yourself right into your listener’s shoes to know what they are thinking and feeling in the deepest recesses of their mind and heart. How that person perceives what you say is even more real, at least in a practical sense, than how you perceive yourself.”

However, this is something that businesses often fail to do.

As I pointed out in a recent post, businesses have often used sexual imagery in the ads that aired during the Super Bowl.

However, the over-the-top use of sex to sell has created a backlash from female consumers who claim that some of the ads are just plain sexist. Given the purchasing power that female consumers have, especially for certain products, businesses like GoDaddy have been forced to create Super Bowl ads that appeal to both men and women.

This made me wonder whether or not sexual images really do help sell products, particularly when many potential customers are female.

To answer this question, let’s first look at it from a more general perspective.

If the number of companies using sex to sell is any indication, then the answer is yes.

In a 2012 article, Dr. Tom Reichert, professor and head of the department of advertising and public relations in the UGA Grady College of Journalism and Mass Communication, points out that, “Advertisers use sex because it can be very effective. Sex sells because it attracts attention. People are hard wired to notice sexually relevant information so ads with sexual content get noticed.”

The article goes on to point out that the use of sex in advertising has increased over the years. In fact, Dr. Reichert reports that although sex is primarily used to sell low-risk products purchased on impulse, the use of sex to sell everything from alcohol to banking services has increased in recent years.

The article specifically points out that much of the growth in sexual imagery, particularly in print advertising, was used to sell alcohol, entertainment and beauty products. And, with the exception of entertainment advertising, an overwhelmingly majority of sex-selling advertisements feature female models.

With the advent of social media, businesses may need to rethink this strategy. This is particularly true when female consumers are the ones using their product or service.

However, this doesn’t imply that sexual imagery is completely off limits when selling products or services to women.

A recent study that was published in Psychological Science, titled “The Price Had Better Be Right: Women’s Reactions to Sexual Stimuli Vary With Market Factors,” provides some interesting insight into when and why it would be appropriate to use sexual imagery to sell to women.

The study, conducted by Dr. Kathleen Vohs, Dr. Jaideep Sengupta, and Dr. Darren Dahl, finds that, “As predicted, women found sexual imagery to be distasteful when it was used to promote a cheap product, but this reaction to sexual imagery was mitigated if the product promoted was expensive. This pattern was not observed in men. Furthermore, we predicted and found sexual ads promoting cheap products heightened feelings of being upset and angry among women. These findings suggest that women’s reactions to sexual images can reveal deep-seated preferences about how sex should be used and understood.”

According to Dr. Vohs, Land O’Lakes Professor of Excellence in Marketing at the University of Minnesota Carlson School of Management, “Women generally show negative attitudes toward sexual images. Sexual economics theory offers a reason why: The use of sexual imagery is inimical to women’s vested interest in sex being portrayed as infrequent, special, and rare.”

Although the use of sexual images in advertisements has increased in recent years, businesses may need to rethink this strategy. This is particularly true if many of their potential customers are female and the product that the business is selling is relatively inexpensive.

However, as the study cited above points out, sexual imagery can still be an effective marketing tool when targeting female consumers if the product is perceived to have high value and is therefore consistent with the way women typically think about female sexuality.