Lessons American Retailers Can Learn From a Store Over 8,000 Miles Away 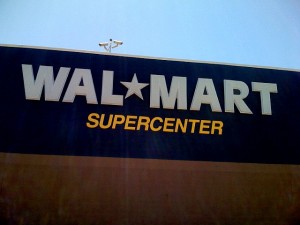 Whether you love them or hate them, nobody can argue with the fact that Walmart has been very successful at doing what they do.

This success can be partially attributed to the fact that Walmart has found ways to appeal to and meet the needs of working class consumers.

With over $328 billion in retail sales in 2012 in the United States alone, this retail giant has the money to spend on R & D to find out what their customers want. Everything that they do has been thought through, including the design of the actual “brick and mortar” stores. As retailers know, this can have a huge impact on sales.

A New Approach to Meet the Needs of African Consumers

In his book, “Africa Rising: How 900 Million African Consumers Offer More Than You Think,” Dr. Vijay Mahajan explains that global firms that have focused on Africa have primarily focused on the people he classifies as Africa One. These are the people with the most disposable income. However, they account for only about 5% to 15% of the people in the African market.

He goes on to point that in the near future, there are going to be huge opportunities for businesses that target the “future middle class” or what he calls Africa Two. This segment accounts for 35% to 50% of the African market, or roughly 350 million to 500 million consumers on the continent.

Dr. Mahajan explains that this market is comparable to similar segments of the population in India or China. He therefore uses examples from India to explain some of the opportunities as well as some of the obstacles that businesses will potentially face if they invest in Africa.

In one example he points out that Kishore Biyani, founder of India’s largest retailer at the time the book was written, divides India into three segments. His company, Pantaloon Retail (India) Ltd., focuses on India Two (i.e., the drivers, maids, and nannies who work for India One.)

“In targeting India Two, Biyani discovered that he needed to rethink his business,” writes Dr. Mahajan. “Customers in this segment were turned away by the neat and orderly aisles seen in retail stores in developed markets. Instead, they wanted the crowded chaos of an informal market. He created a store that felt cluttered and cramped, with produce covered in dust, which signified freshness to customers. In fact, he spent $50,000 transforming one of his original shining, Western-style stores in Mumbai into a chaotic marketplace. He has shown that the formula for success might look nothing like the one that is successful in the West. Using this India Two formula, he had built a $600 million business by mid-2007.”

Dr. Mahajan suggests that in order for businesses to be successful in Africa, particularly among consumers he classifies as Africa Two, businesses might need to set aside models designed for developed markets or the elite markets of Africa One, in favor of more chaotic models similar to the one that Biyani successfully used in India.

Walmart Knows How to Sell to the Working Class

There are several ways that American retailers can benefit from the information provided by Dr. Mahajan.

For example, they can examine whether investing in Africa might be a viable option for their business. As Dr. Mahajan explains, Africa is filled with potential business opportunities. The key is to actually give African consumers what they want, not what the business thinks that they want.

American retailers can also benefit by using the logic that Pantaloon Retail Ltd. used, but apply it to American consumers.

As is the case in other parts of the world, the needs of American consumers are going to vary based on income levels.

Given income constraints, consumers with less disposable income are probably not going to be purchasing expensive luxury goods. Therefore, stores that sell these products are going to want to design their stores to appeal to consumers with higher incomes. (Think Bloomingdale’s, Barney’s New York, Saks Fifth Avenue, or even Macy’s.)

However, everyone needs food and basic household supplies. Given the fact that about 50% of households in the United States had household incomes of less than $50,000 per year in 2011, we know that there is a huge market for businesses that can appeal to this segment of the population. 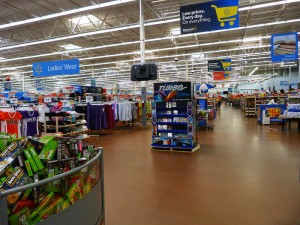 Appealing to this segment of the population is something that Walmart does well. In fact, 56% of Walmart’s customers have household incomes that are less than $50,000 per year.

Given the fact that Walmart has made a lot of money selling to lower income consumers in America, is it at all surprising that the retail giant has started making investments in Africa? In 2011 Walmart acquired a majority stake in Massmart Holdings Ltd. According to Walmart’s website, Massmart operates more than 350 stores in South Africa and 11 other sub-Saharan countries. I wouldn’t be surprised if that number continues to grow.

As Walmart has shown, if done correctly, a lot of money can be made by focusing on less affluent consumers in America. The same could easily be true in other parts of the world.

As Dr. Mahajan explains in his book, there are going to be many opportunities for businesses that invest in Africa, particularly those that focus on the “future middle class” or what he calls Africa Two. This segment of the population accounts for approximately 35% to 50% of the African market.

However, as the example of Pantaloon Retail (India) Ltd. demonstrated, retailers that are thinking about serving consumers in different markets and market segments may need to rethink the way that they design their stores in order to meet the needs of those consumers.

Given their success in selling to working class Americans, it is not surprising that Walmart has started to invest in Africa.

That said, there is still time for other retailers to follow Walmart’s lead and find ways to meet the needs of lower income consumers all around the world, particularly among those located on the African continent.