The Geography of Marketing: Staying Connected 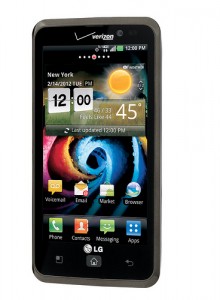 The number of people who own smartphones worldwide continues to rise. Therefore, mobile marketing is becoming more important for businesses around the globe.

While the technology that is used in mobile devices has improved markedly in recent years, there are still issues that marketers need to be aware of that can influence the overall effectiveness of their mobile marketing campaigns.

In a blog post introducing the episode, Woodbridge explains that Sethi believes the greatest challenge he faces is understanding the user experience for consumers in emerging markets.

“Forget your perceptions of UI/UX if you are thinking of swipes or “pull to refresh” or tap and hold, user experience to Jasmeet means something altogether more fundamental,” writes Woodbridge. “We take for granted the almost pervasive access to high speed wireless data we have at our fingertips but, as you know, in certain parts of emerging countries that doesn’t exist. This is a critical first step in understanding how to build for these markets – if your app or mobile service requires an always-on connection to the stream, it will not work in much of India. This, and many other basic usability requirements, could do irreparable damage to great brands and limit success in these huge markets.”

Back in the United States of America

While having limited access to an always-on data connection and slow download speeds are definitely going to be problems in emerging markets, these issues are also problems for marketers here in the United States. Therefore, the lessons that Woodbridge and Sethi are trying to teach marketers around the world are also valuable to those marketers who are trying to reach U.S. consumers.

According to a report that was released last year by the Pew Research Center’s Internet & American Life Project, 77% of adult mobile Internet users in the United States said that they experience “slow download speeds that prevent things from loading as quickly as you would like them to” at least occasionally. In fact, nearly half (46%) of adult U.S. mobile Internet users reported that they experience this problem at least once a week. (Note: Data from this study was also reported in an article written by Amy Gahran on CNN.com in August of 2012.)

An even simpler way to illustrate this problem is to go to the maps that show the 3G and 4G coverage areas for any mobile network operator in the United States.

According the current coverage map for Verizon Wireless, Verizon 4G LTE is available in 480 cities and covers 87% of the U.S. population. However, there are still many areas of the country that still don’t have access to Verizon’s 4G network. In fact, there are major areas on the map where 3G coverage isn’t available. While these areas aren’t places where many people live, they might be places where people travel to. Either way, they are locations where mobile marketing might not be the best option at this point in time.

It should be noted that there are many places around the country, including in the metro areas of Atlanta and Minneapolis/St. Paul, where I have experienced regular data connection problems when I used my 3G smartphone. This includes outdoor spaces, as well as in malls and major retail stores. 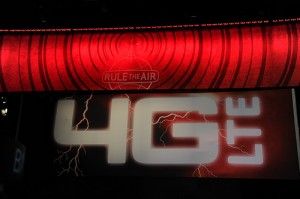 In episode 6 of the Digital Dive Podcast, co-hosts Emily Binder and Melanie Touchstone talk about connection issues that they encountered in the metro Atlanta area when vendors used their mobile devices to accept mobile payments with apps like Square or LevelUp. In episode 7, they arrive at the conclusion that the problem is fixed when vendors are connected to a 4G network. Therefore, 4G might be the solution that marketers and entrepreneurs are looking for.

However, keep in mind, that although 4G LTE is available in most urban areas, not everyone has upgraded to a 4G-enabled mobile device.

As Woodbridge and Sethi point out in the post introducing episode #436 of UNTETHER.tv, data connection issues and slow download speeds can limit the success of mobile marketing campaigns and possibly cause irreparable damage to great brands.

Although they were talking about marketing to consumers in India and other emerging markets, similar issues are still problems in many parts of the United States.

While having a 4G connection might solve many of these problems, 4G is not available everywhere. And, even in places where it is available, many consumers won’t be able to access it because they haven’t upgraded to a 4G-enabled mobile device.