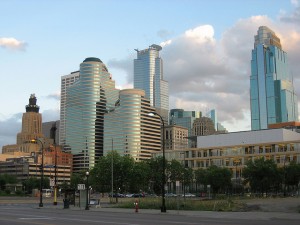 The location and the size of the city that people live in tends to influence what sources they turn to for local news and information. This is something that marketers need to be aware of when deciding how best to reach their target audience.

In a blog post that I wrote last year, I pointed out that use of the latest advancements in technology tends to vary based on the location and the size of the community that consumers live in. At the time, my analysis was based on knowledge that I had obtained by traveling and living in various communities.

Since then, a report was published that verified many of my observations. (I want to thank Jason Konopinski for pointing out this study in a recent blog post that he wrote.)

The study was conducted in January 2011 by the Pew Research Center’s Project for Excellence in Journalism and Internet & American Life Project, in partnership with the Knight Foundation. The study explains that while most U.S. adults keep track of what is happening in their local communities, the local news ecosystem is complex.

According to the authors of report, “The results indicate that from large urban areas to rural communities, Americans often report similarly high levels of interest in news in general, in local news and information, and in national and international news.  Moreover, similar percentages of adults report following the specific local topics asked about, regardless of the type of community in which they live.”

“Still, community differences do emerge in the number and variety of local news sources used, as well as the degree of “local news participation” and mobile news consumption,” the authors of the study continue. “Many of the differences in local news consumption emerging from these data reflect the varying demographic composition of different community types in the U.S.”

Important Differences Based on Location and Community Size

The report highlights some of the differences in local news consumption habits based on location and community size. Here are some of the findings reported in the study:

Urban consumers obtain local news and information from a wide range of sources, including Internet searches, Twitter, blogs and the websites of local TV stations and newspapers. They also are more likely to obtain news via their mobile devices than consumers in small cities/towns or rural areas. 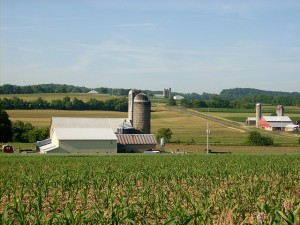 Rural consumers use the fewest sources of media to obtain local news and information (average 3.3 local news sources per week, tied with small town/city consumers.) They are also the most likely to only rely on traditional news sources. Therefore, it is not surprising that they are the least likely to obtain local news and information via a mobile device, when compared to consumers living in larger communities.

Some of these variations can be explained by the demographics of the consumers living in each type of community. However, as the study points out, some consumers may not obtain local news and information via the specific media sources because it is just not an option for them.

The study that was released by the Pew Research Center’s Project for Excellence in Journalism and Internet & American Life Project, in partnership with the Knight Foundation, is an excellent resource for marketers.

As I pointed out in my blog post last year, use of different technological advancements, including social networking sites, tends to vary based on the size and location of the community that consumers live in.

As the Pew Research Center’s report points out, the size and location of the community also plays a role in whether or not consumers rely on a wide range of media sources for local news and information.

This data again points to the fact that marketers need to make adjustments in their marketing campaigns in order to reach their customers and prospects where they are, not where the business thinks they should be.

In the end, because media consumption habits are different based on the location and the size of the community, specific marketing campaigns that work in one place might not be as effective in a different part of the country.