Finding Influenceable Consumers: Is There an App for That? 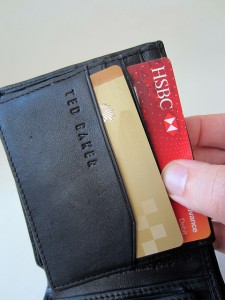 As I mentioned in a previous post, there are many problems that people encounter when they attempt to measure social influence.

Since writing that post, I’ve been thinking that maybe the method that people are using to find influencers is all wrong.

Or, maybe, I don’t completely understand how Klout is measuring social influence. (But, then again, it doesn’t sound like many people do.)

There is also the possibility that what I am thinking about really isn’t Influencer Marketing at all.

To get to the bottom of it, please give me a moment to explain my thought process, and then you can decide what option is correct, if any.

Wikipedia currently defines Influencer Marketing as, “…a form of marketing that has emerged from a variety of recent practices and studies, in which focus is placed on specific key individuals (or types of individual) rather than the target market as a whole. It identifies the individuals that have influence over potential buyers, and orients marketing activities around these influencers.”

What If You Can’t Change Their Mind?

It occurred to me that some people are set in their ways, and no matter what an influential person told them, there is no way that they are going to change their mind. Let’s call these people the “Unreceptives.”

On the other end of the spectrum, there are people who are willing to try anything. Therefore, they will be easily influenced by almost anyone who has a reasonable product or service to try. For the purpose of this post, let’s call these people the “Receptives.”

I’m guessing that most people fall somewhere in between these two extremes.

Is It Really Influence?

Just because a person who has a lot of connections to people who take a specific action after being encouraged to do so by said person, doesn’t necessarily make that person influential. He or she might just have a lot of followers who fall into the “Receptives” end of the spectrum.

The App That I’m Looking For

From what I understand, the current measures of influence start with the person and then measure how many people take specific actions online in response to the information that said person posts on the Internet (even if that person did not ask his or her followers to do so.)

From there the person is evaluated and given a score that can be used for many different purposes, including, in theory, Influencer Marketing.

What I’m thinking about is flipping the process around and starting with users, in general.

In other words, measuring how many times a person takes a specific action and rating them based on where they fall on the “Receptive” vs. “Unreceptive” spectrum that I talked about earlier. (Note: For social influence, it would only be whether or not they share a lot of information online, but it could hypothetically be used for other conversions, no matter how they are defined—the person using the app could decide that.)

This data could be combined with other demographic data available to create a lead score, of sorts. (For the purpose of this post, let’s call it a Receptivity Score.)

From there, the app would be able to identify groups of users who are most likely to be receptive to a brand’s product or service and generate a list of people who these people follow.

Users of the app would be able to aggregate the data to find people who have the most followers who meet the desired Receptivity Score threshold.

The Pros and Cons of This Method

As mentioned, an app of this sort would allow people to identify people (let’s call them “Influencers”, although that terminology would now be arguable) who have the most followers who meet the desired Receptivity Score threshold. It would also allow people to target “Influencers” who have many followers who are meeting this Receptivity Score threshold and are not being reached by the other “Influencers” who were previously identified, thus allowing users to fill in the gaps and reach more “Receptives” without too much redundancy.

The downside is that this type of app would take a lot of computational power. (I think that this would still be the case even if the “Influencers” were identified using a sample of users.)

There is also the problem of getting demographic data. However, this problem can partially be solved by using Facebook data. (Note: This assumes that most people are giving valid demographic data to Facebook, in the first place. But, that is an issue to be looked at some other time.)

And, of course, there are always privacy issues and ethics to consider.

Finally, users of the app would still need to consider whether or not the “Influencer” that the app identified is a good fit for the brand, the product or service, and the message.

As I mentioned at the beginning of this post, this might be a better way to find the “Influencers” that brands target when they include Influencer Marketing in their marketing mix.

It is possible that there is an app out there that already does this.

It might also be the case that this app is still impossible to create.

And, finally, this also brings up the question as to whether or not it would still be called Influencer Marketing if this methodology for finding “Influencers” is used.

Either way, I’m still wondering if it is possible. And, if so, is there currently an app for that?