Where Consumers Live Can Influence the Efficacy of Your Marketing Efforts 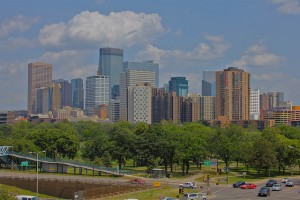 Where people live influences many of their behaviors.

Even in the United States, there are subtle differences based on region and the size of the city that consumers live in.

I really began to notice this as a teenager.

For most of the year, I lived in a small to medium-sized city in Central Wisconsin. However, I spent my summers with my father in a city about 15 minutes from Ann Arbor and about 40 minutes from Detroit.

In the summer, I would be exposed to clothing styles that were somewhat different from the ones that I was accustomed to seeing in Central Wisconsin. However, where I really noticed a difference was in the music that I heard on the radio, as I would get to hear radio stations from Detroit that would play music that sometimes didn’t become popular in Central Wisconsin until months later, if at all.

Later on in life, I also spent some time living in Baton Rouge, Louisiana, and Atlanta, Georgia.

In each location, there are many things that are the same. However, there are subtle differences that make each city unique.

In the last few years, social media and mobile phones have changed the way that consumers all over the United States live.

However, people living in big cities like Atlanta, Chicago or Minneapolis are getting exposed to the latest and greatest in technological innovation. These major metropolitan areas are the testing ground for some of the new apps and social networking sites.

In contrast, people living in rural areas and even those who live small to medium-sized cities are only being exposed to the major players in the social media world.

Sure, these people might be aware that some of the new apps or other social networking sites exist, but they don’t have the chance to use them or they try them and lose interest because there are fewer people in the area who use them, and thus, these users don’t experience the immediate benefits that their counterparts in larger cities do.

I would speculate that people in large metropolitan areas are going to be more receptive to new technologies of all sorts as they are developed because they are being exposed to more of the technological advancements that are currently available.

This is something that marketers need to keep in mind as they decide whether or not to use the latest advancements in technology to get the word out about their products or services.

For example, I recently wrote a post about digital signage that can deliver different ads based on the physical characteristics of the person who is looking at the sign. This type of technology might be welcomed by the folks living in New York City, Los Angeles or Seattle. However, if the same signs were placed in smaller towns, the people might get freaked out about it because they are not getting exposed to the other technological advancements that are out there. (I don’t have data to support this hypothesis. The only way to know for sure is to test it.)

What I can say, though, is that marketers who are targeting consumers living in large metropolitan areas have a lot more cool new toys at their disposal when they are trying to reach their target audience. Using these same tools in a smaller city probably won’t produce the same results.

Consumers living in large metropolitan areas are being exposed to a lot of different things that their counterparts living in smaller communities may not experience for months or years, if ever.

As a result, people who live in smaller communities are not getting to experience the gradual change in technology as it is developed. Therefore, these consumers might not be as receptive to the major advances in technology that can revolutionize the way that marketers communicate with their customers and prospects.

Furthermore, because usage of various social networks varies based on the community, campaigns that work in one place might not be as effective in a different part of the country.

Therefore, marketers who live in large metropolitan areas need to research how receptive consumers in other areas of the country are to new technologies before using them to market their products or services. If they don’t, they might end up wasting a lot of money on ineffective marketing campaigns. Or even worse, they might create a backlash that the public relations department will need to fix.