#Twitter for Small Business: A Couple of Things to Consider 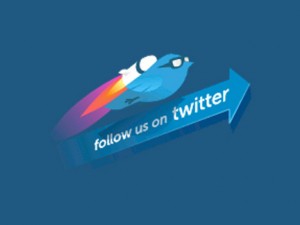 According to a press release on the American Express website, “Cardmembers can tweet their way to savings by syncing an eligible American Express® Card with Twitter at sync.americanexpress.com/twitter. To take advantage of the exclusive offers available from a variety of the nation’s largest merchants, Cardmembers tweet the special offer hashtags to load offers directly to their synced Cards. When the Cardmember uses that same Card to make a qualified purchase in-store or online with a participating merchant, an automatic statement credit is issued within days.”

This is an innovative way for businesses to use Twitter to connect with customers and prospects.

That doesn’t mean that small businesses should completely ignore Twitter as a viable way to connect with consumers. Twitter is a great marketing tool for small businesses, particularly those in large metropolitan areas where there is a higher concentration of Twitter users.

Ways to Gain Followers (and Retweets)

For many businesses, it takes some work to gain followers. This includes posting great content that their customers and potential customers would want to read and engaging with them online, as well as using other media to help drive them to their Twitter page. It doesn’t hurt to have a great product or service, either.

In fact, just last week I noticed at least one business that took advantage of the huge Mega Millions jackpot that had people talking, both online and offline.

On Friday, Gamma Labs, a company that makes nutritional supplements that are targeted to athletes, bodybuilders, extreme sports enthusiasts, and gamers, posted a tweet that said, “Want to win $540,000,000? If we win #MegaMillions we’ll split the $$ with whoever RT this pic, AND follows @GammaLabs – ow.ly/i/xrMZ”

I’m not sure how many people actually followed the company and retweeted the post as a result of this particular message. (Note: They tweeted it several times during the day.)

What I can tell you is that each time that they tweeted the message, it was retweeted by 50+ Twitter users.

Furthermore, as of today, Gamma Labs has 26,233 followers, up from 2,422 on March 12, 2012. (Source: twittercounter.com) What they have been doing in the last few weeks has worked. And, this particular tweet definitely didn’t hurt.

Some consumers expect that businesses will have a presence on Twitter. More importantly, they expect that the business will respond to them in a timely manner. (You might want to think of Twitter as an alternative to the telephone.)

If the business doesn’t have someone monitoring Twitter, it could potentially be losing out on revenue.

As Todd Schnick pointed out in a blog post last year, this is particularly important for restaurants.

In his post, he gives an example of how he used Twitter to ask a question about take-out options at Verde Taqueria, a neighborhood restaurant in the Atlanta metropolitan area.

To his delight, and to their credit, Verde responded quickly.

Large companies are taking the lead and finding creative ways to use Twitter to interact with consumers online.

But, you don’t have work for a Fortune 500 company to use Twitter to help grow your business.

In fact, small businesses that have a lot of customers and prospects who use the service can definitely benefit by establishing a presence on this social networking site.

Small businesses that are looking to use Twitter should start by engaging customers and prospects, posting interesting content, and using other creative marketing tactics to get users to follow them and retweet their tweets.

These are just a couple of things that small businesses should consider when deciding whether or not to use Twitter in their social media marketing efforts. However, there are many others. But, that’s another post.