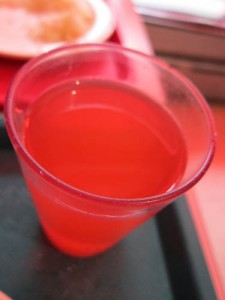 On Monday, I went to the post office to ship a couple of items that I had sold on eBay last weekend.

During the transaction, the postal employee working behind the counter asked the usual questions about the contents of each package and how I wanted to ship each item (i.e., Express Mail, Priority Mail, Parcel Post, etc.)

What I usually do is ask how much it will cost to ship the item via Priority Mail versus Parcel Post. If the item can be shipped Priority Mail within the amount that I charged the buyer based on my estimate, I go with that. Otherwise, I ship it Parcel Post, as I mention in the listing. Either way, I insure the package for loss or damage.

In this case, I mentioned that I wanted to send the items Parcel Post based on the amount that I charged each buyer.

After hearing that I was selling items on eBay, the postal worker offered some friendly advice on how to ship the items. She said that other customers who sell on eBay skip the insurance and just get delivery confirmation to save some money. According to her customers, USPS insurance is not necessary because eBay will cover the cost of a lost or damaged item.

As luck would have it, I ended up being waited on by the same postal employee when I returned on Wednesday.

Upon hearing that I wanted to continue shipping the same way that I had in the past, the postal worker again reminded me of the advice that she had given me on Monday. When I politely stated that I wanted to continue doing it my usual way, she got somewhat argumentative and stated that it is better to skip the insurance and use the money I’d save to ship each of the items Priority Mail.

Nevertheless, I shipped the items the same way that I had in the past. However, I was left scratching my head, wondering why she seemed so upset about how I ship items that I sell on eBay. My only guess is that it made her mad that I had dismissed her advice.

Keep in mind, I’m not one who will drink the Kool-Aid. That is, I don’t believe someone’s argument without having some sort evidence to support it. And, the only evidence that she supplied was information that she received from her other customers. However, just because other people say that something is true doesn’t necessarily mean that it is.

In the end, I’m the one who is accountable for the transaction. Therefore, the decisions that I make are going to be based on facts, not hearsay.

After researching this issue further, I found out that eBay does offer what they call ShipCover insurance. However, you have to pay for it (something that the postal employee either didn’t know about or forgot to mention.) Furthermore, although it costs less than USPS insurance, in some cases you actually pay more when you add in the $0.75 for delivery confirmation.

The takeaway from this post is that whether in your personal or professional life, don’t make a decision based on what someone tells you unless they can give you solid evidence to support their argument.

On the bright side, I know that one of the packages that I sent on Monday arrived safe and sound and that the customer was very happy, as he gave me a positive review on eBay. This goes to show that the United States Postal Service is very good at delivering packages to people all over the country. And, for that, I want to thank them.

However, I’m glad that I didn’t drink the Kool-Aid.