Some Thoughts on the 2012 Super Bowl Commercials 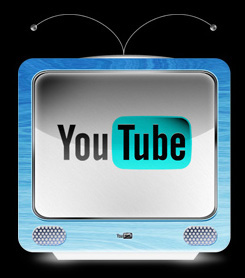 Super Bowl XLVI set the record for the most-watched telecast in U.S. history.

The Nielsen Company said on Monday that an estimated 111.3 million people in the U.S. watched the game on television on Sunday night.

People who tuned in to watch the game itself were treated to one of the most exciting endings in recent years.

However, for those viewers who tuned in to watch the commercials…

Last year, Volkswagen released the Darth Vader-themed Super Bowl spot ahead of time and it received a lot of buzz on the Internet. That was a great move for Volkswagen because, at the time, it was a fairly unique idea. (It also didn’t hurt that they had a really great commercial.)

This year, many brands tried to replicate Volkswagen’s success by releasing their commercials on the Internet prior to the game.

For some brands, it was a good move because many people were talking about their commercials online. That’s a good thing, as it helps brands get more out of their investment.

In a blog post, Tom Siebert predicts that, “Next year, I’m guessing you’ll see less of it, because releasing an ad early is no longer anything special. Most of the buzz for the early ads for VW, Acura, CR-V, all burned off by game time, and the best ads were the ones that came out of nowhere and surprised.”

Whether or not he is correct will depend on how much brands value the pregame buzz online versus their desire to surprise and delight viewers by premiering their commercials during the game. The decision will also need to be based on how many people are still talking about their commercials a few months from now, or even next year.

Several people have pointed out that they don’t feel that any of the 2012 Super Bowl commercials were as memorable as last year’s Chrysler “Made in Detroit” ad that featured Eminem or Volkswagen’s “The Force” commercial.

The early release of the commercials online might have had an impact on the way that some people perceived the 2012 Super Bowl commercials.

It will be interesting to see what brands do in the future… their decision is not going to be as easy as one might think.

In the end, it might be a year-to-year decision with the contrarian brand (i.e., the brand that does the opposite of what most of the other brands are doing) getting the best results.

However, for either strategy to work, brands still need to create a really great commercial to air on Super Bowl Sunday.