Are You Ready for Some Football? (The Second Screen Edition) 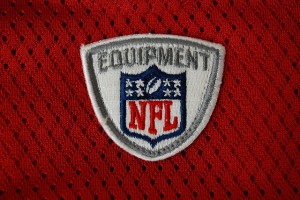 Historically, the Super Bowl has been one of the most viewed telecasts of the year.

According to The Nielsen Company, five of the six most watched prime-time telecasts of all time in the U.S. were Super Bowls.

In fact, the last four Super Bowls played (2008 to 2011) are on this list. And, there is no reason to believe that this year will be any different.

Therefore, it’s not surprising that advertisers are willing to spend huge amounts of money to air their 30-second spots during the game. (According to CNNMoney, the average cost to air a 30-second spot during this year’s Super Bowl is whopping $3.5 million a pop.)

As I mentioned in a blog post in October of last year, brands need to understand the importance of utilizing the tools that are available to consumers on their smartphones, tablet computers and laptops to extend the story online and keep the conversation and connection going, long after the television commercial is over. (Gary Vaynerchuk likens this to the game of Ping-Pong.)

This year, it looks like many brands are going to take advantage of this opportunity during the Super Bowl.

For some brands, this could be as simple as requesting that viewers visit their website, Facebook page or their page on any other social networking site out there.

Other brands have taken it one step further by partnering with companies that own certain smartphone apps to help facilitate the interaction.

Hopefully, this will enhance the experience that viewers have during the Super Bowl.

In order to participate in the experience that the advertisers intend to provide, viewers are going to have to be aware of what they need to do and have the right tools at their fingertips.

For brands that ask viewers to visit their website, Facebook page or their page on any other social networking site out there, a laptop or desktop computer is the only thing that will be required. In fact, a pencil and a piece of paper or a strong memory could suffice if viewers want to wait until after the game is over to go online. (Here is where SEO and paid search could play a big role in helping the brand continue the conversation online.)

However, several brands will be taking advantage of the fact that many people will have access to a smartphone or tablet computer during the game and have partnered with companies that own certain apps to help drive viewers directly to a specific landing page or possibly provide them with an in-app experience.

Shazam and IntoNow are two of the apps that viewers might want to download to their smartphones or tablet computers before the Super Bowl begins. Other apps that could possibly come in handy during the Super Bowl include Facebook, Twitter, Foursquare, and GetGlue.

There are also apps available that will allow people to watch the game on their smartphone and others that are dedicated to letting people watch and rate the commercials before, during and after the game.

The Super Bowl is one of the most watched telecasts in the U.S. each year.

For many people, especially those who are fans of teams that aren’t participating in the game, the commercials might be more important than the game itself.

In this post, I’ve linked to a few articles and blog posts that provide people with additional information that might be helpful to them before, during and after the game.

Also, if you hear of something that is worth mentioning, please send me a tweet or let me know in the comments section below.