Is a Lack of Creativity Discouraging People From Scanning QR Codes? 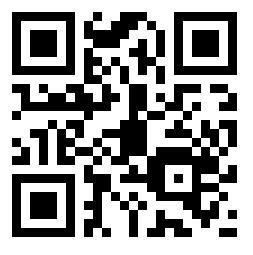 It’s a fact that more brands are using QR codes for marketing purposes.

However, as I pointed out in the last post, the number of people who are actually scanning QR codes is relatively low.

Instead, let’s think about what consumers actually get when they take the time to scan a QR code.

Often, the people who make arguments against QR codes mention the fact that it is a waste of time for the consumer if all they get when scan a QR code is another advertisement.

And, I can’t argue with them on this point.

In fact, if consumers scan QR codes a few times and only get a ho-hum experience, I would guess that they would be more likely to ignore QR codes in the future.

However, this is not a fault of the technology, itself. What it boils down to is a lack of creativity on the part of the advertiser who is using this technology.

Personally, I am a fan of using QR codes for marketing purposes in certain cases.

Do you want an example of what I think is a great use of this technology? If you scan the QR code in this post it will take you to Arik Hanson’s recent blog post about how the Mall of America used QR codes on Black Friday. (Note: Click here if you don’t have access to a QR-code reader. Also, his blog post is not mobile optimized. The only reason that I point this out is because I am now linking it to a QR code and mobile optimization is a must for any website that is linked to a QR code. But, that’s another post.)

What I fear is that many consumers will see a QR code in the future and say, “Oh, I tried those before. All I got was another darn advertisement.”

In other words, I think the lack of creativity by some advertisers could be making it more difficult for others to get consumers to interact with their brand by scanning QR codes.

What are your thoughts?