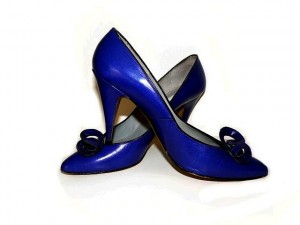 Sometimes, external factors influence the decisions that we make. But in the end, we are still making a decision.

When it comes to business, the decisions that we make, particularly those that involve spending a large sum of money, can have consequences on the business beyond the area that is immediately impacted by the decision being made.

Insights From the Retail World

This topic is addressed in the book, titled “Why We Buy: The Science of Shopping—Updated and Revised for the Internet, the Global Consumer, and Beyond,” (affiliate link) by Paco Underhill.

Underhill explains that, “Retailing 101 starts with the notion that a store has three distinct aspects: design (meaning the premises), merchandising (whatever you put in them) and operations (whatever employees do). These Big Three, while seemingly separate, are in fact completely and totally intertwined, interrelated and interdependent, meaning that when somebody makes a decision regarding one, a decision has been made about the other two as well.”

Underhill goes on to say that, “The larger lesson here is that if one of the Big Three is strengthened, it takes some of the pressure off the others. If one is weakened, it shifts a greater burden onto the remaining two. This is not a good thing or a bad thing—it just is. It’s the geometry that rules the shopping universe.”

To illustrate his point, he gives several real world examples, including an instance where the boss of ladies’ shoes in a famous department store decided to increase the amount of display space for the merchandise by decreasing the amount of space devoted to the register area.

“As a result, the clerks who once used the counter for bagging had to start placing the bags on the floor and lowering the shoes in,” writes Underhill. “This added several steps to the process and made ringing up sales more arduous for the clerks, who usually wore pretty fancy shoes themselves. By the end of a day these women were hurting and dragging—and a little bitter, understandably. As part of our research we trained video cameras on the register and then, back at the office, we timed transactions with a stopwatch; at 4:30 P.M., it took almost twice as long to ring up a sale as it did at 11:00 A.M. Shrinking the counter space also added to the general clutter, making transactions less crisp. The overall result was that a mild improvement in merchandising required a change in design, which hurt operations quite a bit. In order to show off a few more shoes (like maybe a dozen pairs), transaction time grew longer, customer patience grew thin and employee energy and morale grew short. Considering that employees sell shoes better than any display, this was a very bad decision—all because someone who should have known better forgot that when you change one thing, everything changes.”

Unintended Consequences Are Not Always Bad

The side effects of a business decision aren’t always bad.

For example, after a certain period of time, businesses that decide to add social media to their overall marketing mix might get discouraged if they don’t see the increases in sales that they had hoped for.

However, as has been shown, social media can have a positive effect on a business’s bottom line in other ways (e.g., by decreasing operating expenses, increasing visibility in search engines, etc.)

If you are interested in further information, check out a blog post that I wrote this summer, titled “The Hidden ROI of Social Media Marketing.”

It is obvious that a business decision can have an effect on other areas of a business by using its finite resources (e.g., time, money, manpower, etc.)

If you invest your resources in a specific project, those resources become unavailable for other projects.

Therefore, if you have a fixed budget and you want to implement a new project that requires a significant amount of your financial resources, then you are going to have to find ways to save money in other areas of the business (at least until the new project becomes self-sustaining, if it ever does.)

However, the project that is being cut might have had unidentified financial benefits. (This muddies the waters even further.)

It’s easy to see how one business decision can have a huge effect on a business’s bottom line.

It pays to try to identify how each business decision that you make influences other areas of your business before implementation.

However, because we don’t live in a perfect world, we are not always able to identify potential problems before they exist.

Therefore, it is important to continually monitor and measure your business efforts and make adjustments whenever necessary.