In the Spotlight: Tumblr 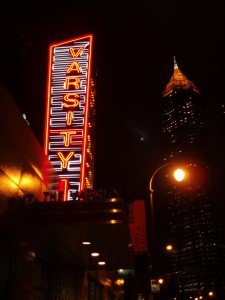 In order to compete, it is becoming more important for brands to have a presence on social networking sites.

However, brands, particularly those that are targeting consumers age 18 to 34, should keep an eye on Tumblr.

According to a recent Nielsen study, titled “State of the Media: The Social Media Report Q3 2011,” Tumblr nearly tripled its audience in the last year. In fact, it has become the 8th largest site in the U.S. Social Networks and Blogs category.

The Nielsen study also states that, “An analysis of online buzz by NM Incite shows that Tumblr is also a popular conversation topic, generating an average of 21,280 messages and links per day to the site during May 2011, spreading critical word-of-mouth fueling its viral growth.”

The Tumblr “About us” page answers that question like this: “Millions of people sharing the things they do, find, love, think, or create.”

The Nielsen study that I mentioned above describes Tumblr by saying that it combines elements of blogging and Twitter and allows users to post and customize everything from pictures and videos to links and quotes.

A recent blog post on socialmediaexaminer.com, titled “Should You Be on Tumblr? Seven Business Case Examples,” has a pretty good explanation of Tumblr. You might want to check it out.

My last two posts put forth ideas that were supported by Gary Vaynerchuk’s work. Therefore, I feel it’s necessary to mention that he is a big Tumblr fan. In fact, his main site, garyvaynerchuk.com, is powered by Tumblr.

However, celebrities are not the only ones who are using Tumblr.

Your customers are as well… and lots of them.

As I mentioned earlier, according Nielsen, Tumblr is the 8th largest site in the U.S. Social Networks and Blogs category.

This makes Tumblr a site to watch and be on if you want to reach your customers where they hang out.

This is particularly true if you are selling products or services to consumers age 18 to 34.

What might be even more important is the fact that Tumblr is gaining users, not losing them.

The blog post on socialmediaexaminer.com that I mentioned earlier points out that Oscar De La Renta, Ann Taylor, Rolling Stone Magazine, the Los Angeles Times, Huggies, Milkmade Ice Cream, Somebody’s Mother’s, IBM, The Museum of Useful Things, Doctors Without Borders and Newsweek are all on Tumblr.

A post of socialfresh.com, titled “60 Brands Using Tumblr,” also has a list that you can use to see what other brands are doing with Tumblr.

My Thoughts on Tumblr

I started using Tumblr in September, 2010, for a 365 photoblog, titled “A Year of Yesterdays.”

The concept was to publish one photograph each day that was taken the previous day, thus “A Year of Yesterdays.”

In the process of posting photos, mostly of buildings in Atlanta, and later Central Wisconsin and Minnesota, I noticed that photos of certain buildings and restaurants were frequently getting reblogged.

Nothing viral, mind you, but enough to get me thinking that beloved local bars and restaurants, like The Varsity in Atlanta, Georgia, should definitely have a presence on Tumblr.

People are already sharing photos of products and brand logos on Tumblr.

Why not give them additional photos to help get your message out?

I think that the author of the post on socialmediaexaminer.com is correct when he says that, “short, highly visual blog posts tend to do much better than text-intensive posts.”

If your brand does choose to use Tumblr, remember to keep in mind the audience who uses the site.

The fact that Tumblr tends to attract a younger audience may be a result of this age group’s willingness to try out new sites. However, it might also be an indication that they are looking for a social networking site that their parents are not on. In other words, Tumblr users may be looking for an alternative to Facebook.

With this in mind, in addition to having visually appealing posts, I’d also suggest trying to keep your content cool, youthful and fun with the hopes that it will get shared by the Gen Y audience.

As Nielsen states, “Tumblr is an emerging player in social media, nearly tripling its audience from a year ago.”

That alone should make brands take note, and at least consider establishing a presence on the site.

So, why not make it easier for them to let others know about your product or service by giving them great content that they can easily share on Tumblr?