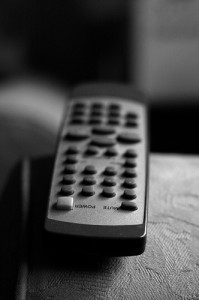 Every so often, someone writes an article that focuses on cable television cord-cutting.

These articles tend to focus on the negative financial effects that it will have on the cable companies.

However, I don’t think we should focus on cable television cord-cutting at all.

Rather, when it comes to video content, I think that the focus should be on providing great video content via all of the delivery channels that are currently available.

Let’s face it, technology advances and people move on to the next thing.

The next thing is the real story.

An article posted on adweek.com, titled “In 2 Years Nearly All TV Content Will Be Online,” that was posted on June 7, 2011, reports that, “Executives from Disney, Turner, and Comcast were in unanimous agreement that we are only two years away from 75 percent of TV content being available online and on mobile devices. At the Elevate Video Advertising Summit in New York this afternoon, Matt Strauss from Comcast Interactive Media, Jeremy Legg from Turner, and David Preshlack of Disney and ESPN predicted that TV “everywhere” was imminent, and that in the same time frame the networks will be almost completely agnostic about where and when their video content is being viewed.”

If these executives are correct, the biggest winners could be the people who consume the content.

The increased flexibility to watch what you want, when you want to watch it, definitely sounds appealing to me.

In future blog posts, I plan to focus on how the changes to the way video content is consumed can benefit the cable companies, advertisers, the people who create the content and the viewers. These blog posts will be tagged: “TV everywhere.”

A recent article on huffingtonpost.com, titled “Cable and Satellite TV Lose Record Number of Subscribers,” by Peter Svensson reports that Americans are canceling or forgoing cable and satellite television subscriptions in record numbers.

According to Svensson, “The U.S. subscription-TV industry first showed a small net loss of subscribers a year ago. This year, that trickle has turned into a stream. The chief cause appears to be persistently high unemployment and a housing market that has many people living with their parents, reducing the need for a separate cable bill.”

“But it’s also possible that people are canceling cable, or never signing up in the first place, because they’re watching cheap Internet video,” reports Svensson. “Such a threat has been hanging over the industry. If that’s the case, viewers can expect more restrictions on online video, as TV companies and Hollywood studios try to make sure that they get paid for what they produce.”

Although Glen Britt, CEO of Time Warner Cable, Inc., downplays the effect that Internet video currently has on the number of cable television subscribers, in the long run, it will probably have a much larger effect.

Adapt or Be Rendered Obsolete

According to the post on huffingtonpost.com, anecdotal evidence suggests that educated people who are not interested in watching sports are finding it easier to live without cable.

However, we have all heard the adage: “Change is inevitable.”

If cable companies adapt to the changes, instead of trying to cling to the past, they can position themselves to make even greater profits by being ready to meet the needs of consumers as they start to consume television content via other delivery channels. (Note: Most, if not all, of the largest cable companies already offer Internet access to their customers.)

Any good businessperson knows that one of the best ways to be successful is to meet the needs of your customers.

If your customers want the flexibility to watch content on their terms, then that is the need that cable companies are going to need to meet.

Technology is rapidly changing the world that we live in, including the way that we consume video content.

Frequently, articles are written that focus on cable television cord-cutting. However, the things that we should be focusing on are the changes in the ways that video content is consumed, now and in the future. (Note: I am not going to go so far as to say that the subscription model needs to be abandoned, yet.)

If cable companies, content producers or advertisers try to live in the past, and not adapt to the changes that are happening around them, they might be able to make some money in the short term.

However, in the long run, change will happen and someone will offer the content that their customers crave, when and where they want it.

If cable companies are forward thinking, and are ready to meet the needs of their customers, they should be able to find alternative ways to monetize what they do.

And, if they don’t, someone else will.