The Power of a Positive Online Review 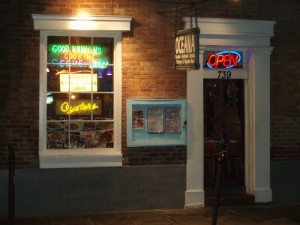 As I have mentioned in other blog posts, the Web has changed the rules when it comes to spreading information about local businesses.

This is particularly true when we look at reviews that are given to local hotels, stores and restaurants.

Before the advent of the World Wide Web, when a local hotel, store or restaurant was given a good (or bad) review, it was usually read in the few days after it ran in the newspaper or magazine that it was written for. (If it was syndicated in other publications, it might have been read by even more people for a short duration of time.)

If a hotel or restaurant was lucky, it would get a positive review in the Forbes Travel Guide (formerly the Mobile Travel Guide) or some similar type of publication.

However, even when the business is given a positive review in this type of publication, it doesn’t reach as many potential customers as a similar review could, when it is posted online.

An online review can potentially be available to readers for years after the review is written.

In her book, “Marketing in the Age of Google: Your Online Strategy IS Your Business Strategy,” (affiliate link) Vanessa Fox gives a perfect example of this when she talks about how a positive review can influence sales for many years as a result of a high ranking on a Google search results page.

“I’m writing this from Bologna, Italy, and a little earlier today, I decided to venture into the town for lunch,” writes Fox. “But how do I pick a location in a city famous for its food? With the help of search, of course. Searching for [best place to have lunch in Bologna Italy] brought up an article in The Guardian called “24 hours in Bologna: Foodie Heaven” that listed five promising choices. These five restaurants didn’t only get the lift in visibility during the week that article initially ran in the paper and only among regular readers. The article was written in 2000 and was still showing up on the first page of search results. One positive review has been sending customers to these restaurants for nine years (and counting).”

That’s pretty awesome, if you ask me.

As mentioned in a previous post, titled “A Case Study on the Importance of Good Customer Service: Sig Samuels Dry Cleaning Co.,” numerous positive user-generated reviews on these sites can bring you business, with the help of Google and other search engines.

Okay, maybe this doesn’t technically count as a review, but even a positive mention of a restaurant by a celebrity, online, can send customers to a restaurant for many years.

Case in point, after reading a post by Anderson Cooper on ac360.blogs.cnn.com, titled “Anderson’s View: The calm (and crabcakes) before the storm,” I decided that the next time that I was in New Orleans, I would have to visit Oceana to try the crabcakes.

After visiting Oceana, I let my Twitter followers know about it with the following tweets:

“Oceana Grill is the bar in the French Quarter that Anderson Cooper ate at during Hurricane Gustav. http://ac360.blogs.cnn.com/2008/08/page/2”

“It’s the crawfish cream sauce that makes them delicious. www.oceanagrill.com“

Yeah, my tweets were a little cheesy, but the crabcakes were tasty.

As I mentioned in the last post, the World Wide Web has changed the world… literally.

And, with the “permanency” of information on the Web, a good online review can have a positive effect on your business for years after it is published. This is true whether the review is coming from a well-know critic or one of your regular customers.

This is another reason why great customer service, combined with a great product, is even more important in a world where people can find information about your business with only a few clicks of a mouse.