Ask Not What Your Country Can Do for Your Brand 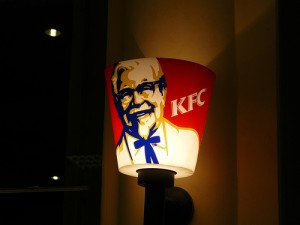 As reported in a cnn.com article, titled “Obama signs debt ceiling bill, ends crisis,” “President Barack Obama on Tuesday signed into law a last-minute compromise plan to raise the nation’s $14.3 trillion debt ceiling, narrowly averting what could have been an unprecedented default with calamitous economic consequences.”

What effect this crisis will have on the economy is something that economists all over the world will be watching closely in the months to come.

As President Obama said, “It’s pretty likely that the uncertainty surrounding the raising of the debt ceiling — for both businesses and consumers — has been unsettling, and just one more impediment to the full recovery that we need.”

The Challenge for Businesses

Anyone even casually following this story knows that the government’s financial problems are far from resolved.

Therefore, it’s entirely possible that consumers will decide to tighten their belts in the near future, adding even more pressure on the marketing and sales departments in businesses of all sizes.

This makes it even more important for brands to find ways to differentiate themselves from their competitors through all means possible.

An latimes.com article, titled “Apple has more cash than the U.S. Treasury,” that was posted before the crisis was resolved pointed out that the U.S. Treasury’s cash balance fell to $74 billion last week. That’s less that the amount that Apple currently has in cash.

The article pointed out that although it would be unlikely for the U.S. government to ask Steve Jobs for help, if they did, it wouldn’t be the first time in history that the government was bailed out by an industry mogul.

According to the article, “In the mid-1890s, with the U.S. economy still recovering from the financial panic of 1893, the U.S. Treasury was in danger of going bankrupt as worried investors clamored to collect what they were owed from U.S. gold reserves. With few options left, President Cleveland met with New York financier J.P. Morgan, who pledged a whopping $60 million in gold. Adjusted for inflation, that would be about $1.5 billion today.”

The U.S. Treasury’s condition stabilized just days after J.P. Morgan became a cosigner on the federal debt, and within weeks, the dollar was no longer in danger.

Now Might Be a Good Time for Businesses to Invest in a Good Cause: The United States

As mentioned, the U.S. government found a way to end the debt-ceiling crisis on Tuesday. And, they did it without looking to the private sector for assistance.

That said, now might be the perfect time for brands to make investments in the United States through sponsorships, and earn the respect of consumers in the process.

As mentioned in the book “Gen Buy: How Tweens, Teens, and Twenty-Somethings Are Revolutionizing Retail” (affiliate link) by Kit Yarrow, Ph.D., and Jayne O’Donnell, “Cash-strapped communities are more open to sponsored assistance from brands. It’s an opportunity for marketers to get closer to consumers and break through the clutter of a crowded media marketplace. In April 2009, KFC paid for road repairs in Louisville, Kentucky, in exchange for the ability to “stamp” their repairs with a “Re-Freshed by KFC” message that’ll last until it rains. In addition to contributing to KFC’s image by showcasing the brand as imaginative and fun, KFC’s contribution and participation in the community create goodwill.”

With the current financial problems that the U.S. government is having, cutbacks in government spending are inevitable.

That is going to leave a lot of gaps that need to be filled somehow. And, some of the projects that will lose funding are the same ones that a brand’s customers and potential customers could benefit from the most.

Therefore, it could be in a brand’s best interest to search out these opportunities and do something similar to what KFC did.

The only downside that I can think of would be that the brand’s customers might feel that the brand is exploiting the situation for its own gain.

In this post, I just wanted to remind people that there are ways for brands to help communities through sponsorship.

There are a lot of worthy causes that could use the funding.

In the future, if you see brands making investments in your community, I’d like to hear about them.

I’d also suggest that you support these brands by letting other people in your network know about their efforts via social media. And, of course, it wouldn’t hurt to show your support by buying their products and services. This might encourage other brands to follow their lead.

After all, I think it would be refreshing to hear of more instances of brands “bailing out” the United States government and its citizens, rather than the other way around.