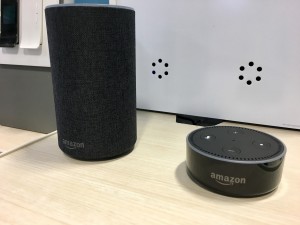 According to the Smart Audio Report Spring 2019 that was conducted by NPR and Edison Research, only 21 percent of Americans age 18 or older own a smart speaker. This translates to roughly 53 million people.

Interestingly, about half of American adults who own smart speakers report that they own more than one, with 30% reporting that they own three or more.

The fact that many people own more than one smart speaker partially explains how we can have such a dramatic increase in the number of smart speakers in U.S. households and still find that only about one in five American adults own them.

Interest in Smart Speakers Among Those Who Don’t Own One

The report also points out that adults age 18 to 54 show more interest in smart speakers than their older counterparts.

Reasons Why Interested U.S. Adults Who Don’t Own Smart Speakers Haven’t Purchased One Yet

The report also asked U.S. adults who said that they are interested in owning a smart speaker but haven’t purchased one yet the reason for not owning one.

The most common response was that they worry hackers could use the smart speakers to get access to their home or personal information. In total 63% gave this response in 2019 compared to 41% in 2017.

As the report points out, people who currently own smart speakers share some of these same concerns, but choose to use the technology anyway.

What follows is a webinar that was created by Edison Research and NPR and was posted on YouTube in June of 2019.

In the webinar, they summarize the report and provide a lot of other interesting information about the ways people use smart speakers.

I plan to write more about this topic in future blog posts. When I do, I will update this post and include links below.