Voice Search Is Gaining Popularity, but Not as Quickly as Some People Think 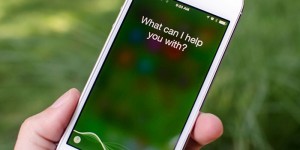 There are a lot of people still spreading the news that comScore predicted that by 2020, 50% of all searches will be done via voice search.

Marketers who have yet to consider voice in their marketing efforts might panic after hearing that statistic. After all, comScore is a reputable media measurement and analytics company. If they are predicting this, there must be some reason for it.

The problem is that it doesn’t look like comScore ever made that prediction. I searched several times and couldn’t find a comScore article reporting this stat.

It appears that as often happens, people are not checking with the original source. In their defense, people often link back to a trusted media website that focuses on marketing, advertising, and media when citing this statistic. However, while it is generally okay to cite a trusted source, often going back to the original source is advisable.

Furthermore, it looks like even after someone highlighted the error online, people either aren’t aware of it or ignore it and continue to share the erroneous statistic anyway. This happens a lot on social media and the Internet, in general.

In an article on the Econsultancy blog published in July of 2018, Rebecca Sentance wrote about several errors that she found regarding this statistic. The rest of the post that you are currently reading highlights some of the findings that she uncovered. If you get a chance, the whole series of articles that she wrote on voice search is worth reading.

The first thing that she found was that the statistic was actually based on something that Andrew Ng, then Chief Scientist at Baidu said in an interview with Fast Company. Again, in reality, it appears that comScore was not involved at all.

In the Fast Company article, Ng is cited as saying that “in five years time at least 50% of all searches are going to be either through images or speech.” The quote was then cited by Mary Meeker in her KPCB Internet Trends 2016 report and the “In five years time” got changed to “2020.”

As Sentance points out in the Econsultancy article, Ng’s estimate not only includes voice, but image search and voice search. This is the second error with the original statistic.

Sentance then goes on to make a back-of-the-envelope calculation that at the time her article was published only 13% of Google searches were made by voice queries.

That means that there is a wide gap to be filled in just a couple of years.

The Econsultancy article does give some insight into what Andrew Ng might have been thinking by highlighting a tweet that he wrote that stated, “As speech-recognition accuracy goes from 95% to 99%, we’ll go from barely using it to using all the time!”

“So, Andrew Ng believes that sheer accuracy of recognition is what will take voice search into the mainstream,” writes Sentance. “95% word recognition is actually the same threshold of accuracy as human speech (Google officially reached this threshold last year, to great excitement), so Ng is holding machines to a higher standard than humans—which is fair enough, since we tend to approach new technology and machine interfaces with a higher degree of skepticism, and are less forgiving of errors. In order to win us over, they have to really wow us.”

She then goes on to point out some other potential barriers to voice search adoption. However, that is something that I plan to take up in another post.

Voice search will be more important as time goes on. That is a bet that I’d be willing to make.

It’s just that 50% of all searches by 2020 is a prediction that probably won’t come to fruition. However, as we’ve learned, it doesn’t look like we can’t blame comScore for this one.

There is a prediction made by Gartner in 2016 that can be documented that says, “By 2020, 30% of web browsing sessions will be done without a screen.”

If Rebecca Sentance’s assumptions are correct, then even this number is a little optimistic.

However, only time will tell.