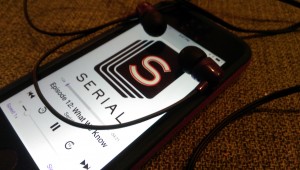 Steve Jobs was extremely adept at predicting what consumers would want even before they knew they wanted it.

It’s therefore not surprising that Jobs was bullish on the future of podcasting early on.

According to a Forbes article, “Back in the summer of 2005, Steve Jobs and Apple announced they would support podcasts on iTunes. At the time, podcasts were considered somewhat niche, but Jobs was adamant they were important.”

“Apple is taking Podcasting mainstream by building it right into iTunes,” said Jobs in a 2005 press release. “Podcasting is the next generation of radio, and users can now subscribe to over 3,000 free Podcasts and have each new episode automatically delivered over the Internet to their computer and iPod.”

Research published by Edison Research in 2018 indicates that, once again, Jobs was correct.

Each year, Edison Research publishes a study on the current trends in podcasting in the United States.

In 2018, the study included findings from the Infinite Dial 2018 study (conducted in partnership with Triton Digital), The Smart Audio Report from NPR and Edison Research, and the latest findings from Edison’s Share of Ear Research.

Because the 2019 version of the report should be released soon, I don’t want to spend too much time on the specific findings from 2018.

That said, because it is the latest data currently available, there are some interesting trends that they uncovered that are worth pointing out.

The video embedded at the end of this post is also definitely worth watching if you are interested in this medium.

As I mentioned in the beginning of the post, Steve Jobs and Apple recognized the potential of podcasting in 2005.

With this in mind, it is interesting to note that according to Edison Research, in 2006 only 11% of Americans ages 12 and older had ever listened to a podcast. This percentage has slowly increased to 44% in 2018.

The more interesting number, however, might be the percentage of Americans age 12 and older who had listened to a podcast in the last month. This percentage increased from only 9% in 2008 to 26% in 2018.

Furthermore, when the research was conducted in 2018, 17% of the population of Americans age 12 and older had listened to a podcast in the last week. This is an estimated 48 million Americans.

Among those weekly podcast listeners, when compared to earlier years, the average time listening to podcasts increased in 2018.

Overall, weekly podcast listeners listened to an average of seven podcasts per week in 2018.

You will find more infographics at Statista.

Why Podcasts Are Important for Business

As with any medium, podcasting might not be a good fit for your brand.

However, because more people are listening podcasts, the likelihood that your customers and potential customers are among those consuming podcast content has increased.

It is interesting to note that current podcast listeners make more money than the general population, tend to be more educated, and are more likely to have a full-time job. This makes podcast listeners very attractive to marketers.

It is also noteworthy that Americans currently listen to podcasts most often on their smartphones, tablets, or other portable devices.

As smart speakers become more common, it only makes sense that more people will start listening to podcasts on these devices.

And, as Edison Research pointed out, “In-car listening is growing, and represents a major potential source of new listening.”

All this data indicates that podcasts might be a great way for some brands to connect to consumers.

At the very least, it is something that your brand should consider.