The Technology Is Now Available, but Should Your Business Use It? 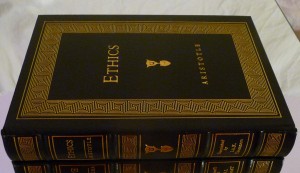 We are currently witnessing advancements in technology that are improving the way that we understand the human race and the world that we live in.

This new technology brings with it ethical dilemmas that we need to grapple with.

Specifically, we need to decide where the line should be drawn to distinguish what is ethical and what is not ethical.

For example, although one company’s use of neuromarketing was very successful, it pushed the boundaries of business ethics. The way another business might use biometric feedback could possibly cross the line into unethical behavior.

Keep in mind, these examples are taken from the business world. However, ethics need to be considered in all areas life.

There are many definitions of business ethics.

In fact, entire business/philosophy classes are offered to help people understand this subject.

For the sake of this post, ethical behavior is defined as making sure that the business is doing what it thinks is the right thing and, more importantly, not doing harm to the business, its employees, its customers, or anyone else in the world. (This would exclude, of course, taking customers away from the competition. This would harm the other business, but that’s just business.)

It is important to keep in mind that what the business thinks is ethical and what the rest of the world thinks is ethical might not always be the same thing. That is why public discussion and complete transparency are highly suggested and often required.

It is also important to point out that if customers think something is unethical, then doing it could actually decrease sales and, thus, harm the business.

For many years, companies have been using various market research techniques (e.g., surveys, focus groups, etc.) to gather insights as to what customers want and why in an effort to create better products or services and better marketing campaigns to sell those products or services.

Beginning in the 1990s companies started to employ neuropsychology techniques to their market research in an effort to find out what their customers really want, sometimes even if they don’t know it.

According to Wikipedia, Dutch marketing professor Ale Smidts introduced the term “neuromarketing” in 2002 to describe this “emerging disciplinary field in marketing.”

As a Fast Company article written in 2011 points out, many companies are using these techniques to help increase sales.

Frito-Lay is one of these companies.

According to the article, “In 2008, Frito-Lay hired NeuroFocus to look into Cheetos, the junk-food staple. After scanning the brains of a carefully chosen group of consumers, the NeuroFocus team discovered that the icky coating triggers an unusually powerful response in the brain: a sense of giddy subversion that consumers enjoy over the messiness of the product. In other words, the sticky stuff is what makes those snacks such a sticky brand.”

According to a Gizmodo article, Frito-Lay did not stop there.

“Frito-Lay tested out a commercial that emphasized this subversive glee that Cheetos dust apparently gave people,” the author of the article writes. “The commercial shows a woman (played by the indelible Felicia Day) who pranks another woman in a laundromat by putting Cheetos in her white clothes, as Chester the Cheeto [sic] eggs her bad behavior on.”

“Focus groups hated it, saying it was mean-spirited,” the Gizmoto article continues. “But NeuroFocus revealed that people who watched it had EEG results that showed positive feedback. Just like most people don’t admit or even know that they like getting artificial cheese dust all over the place when they eat Cheetos, people didn’t want to admit that they liked a commercial about an asshole who flouts social norms. But the ad tapped into the pop neuroscience that linked Cheetos with deviant thrills.”

This commercial and the advertising campaign it was a part of were so effective that according to the Fast Company article, “NeuroFocus earned a Grand Ogilvy award for advertising research, given out by the Advertising Research Foundation, for ‘demonstrating the most successful use of research in the creation of superior advertising that achieves a critical business objective.’”

According to SIS International Research, “Biometrics is an emerging research field of neuromarketing market research. This form of marketing relies on various biometric technologies and applications to help understand a participant’s cognitive and emotional responses toward certain stimuli. The stimuli can be anything ranging from TV ads to online advertisements.”

We already know how an EEG can be used to create better advertising campaigns.

If other ways of gathering biometric feedback are half as effective, many more companies will start to use these market research techniques in the future.

It is therefore not surprising that Walmart filed for a patent that would allow the retailer to collect biometric feedback on shopping cart handles.

People are already tracking a lot of this information on their fitbits and other smartwatches.

If that data could be accessed in real time and combined with location data, a lot of experiments could be conducted without the person even knowing it. (Note: As far as I know, Walmart has not announced that it would use the technology this way. However, it would be possible.)

While articles talking about this Walmart patent downplay the privacy issues, there certainly are a few.

Although we might make some real gains in knowledge, we need to ask ourselves whether the tradeoff in privacy is worth it.

In the End, Either Customers or the Legal System Will to Draw the Line

In the first example, NeuroFocus used willing participants to gathered biometric data that allowed Frito-Lay and its advertising agency to create an ad campaign that was effective even when focus group respondents said that they hated it.

If companies start to collect physiological responses to different stimuli, whether it be ads, physical retail environments, or anything else without customers knowing it pushes the ethical boundaries even further. Maybe too far.

To determine where to draw the line, the business community should create ethical standards and follow them.

If they don’t, laws will need to be created.

Either way, it is important that people have discussions about what it going on so that we can ask ourselves whether or not what can be done should be done.