Think About What You’re Sharing Online: Is That Statistic Really Accurate? 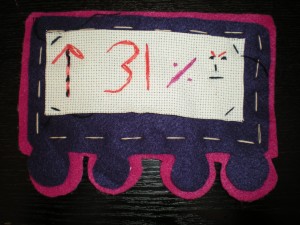 There is a lot of information being shared on the Internet.

This is great if it is used to entertain, mobilize people to action, or help people make educated decisions.

The problem is that people often share things online without really thinking about what they’re sharing. This leads to the spread of misinformation, rumors, or even the dreaded fake news.

When evaluating the validity of the information that we share, we need to look at the words that are used and the statistics that are provided as supporting evidence.

This is a topic that I have written about a few times in the past.

In fact, each of the subheadings listed below is a headline or title of a former blog post.

I feel it’s time to revisit these posts, because the lessons that can be learned are of the utmost importance.

Maybe the most important thing to do when evaluating the data that you see online is to ask yourself whether or not the source providing the information is credible.

If the source is unknown to you, be skeptical.

However, with the increased emphasis to be the first one to report the news, even the experts make mistakes. Typos are inevitable. After all, the writers are human—at least they are most of the time.

Therefore, it is often a good idea to check with the original source before making any major business decisions based on data you find on the Internet.

Mind Your Bases When Analyzing Data

Checking with the original source is also a good idea because percentages can be misleading.

Furthermore, if only part of the data gets shared or data tables get recreated, an incorrect population or subpopulation is often assumed. In this case, the percentages can be extremely misleading.

A similar thing can occur if quotes are taken out of context.

If you have the time, I strongly recommend that you read my original blog post on this topic, as it goes into further detail about the importance of knowing what population or subpopulation percentages are based on.

This one is pretty self-explanatory, but it is also one of the things that we’re all guilty of forgetting from time-to-time.

It is therefore not surprising that many college professors try to drive this lesson into the minds of their students.

The key thing to think about here is that when analyzing data, you can’t always assume that just because there is a positive or negative correlation between two variables, that one is causing the other to occur.

In some cases, it might be a third unknown variable that is influencing the change in one or possibly both of the original variables.

Weight – Are Your Survey Results Biased?

This topic might be getting into the weeds a bit, but I feel it is important enough to bring up.

If the data that is being reported is not based on a complete census of a population, then there is inevitably going to be a disproportionate number of respondents from a demographic group that can lead to biased data.

Weighting is basically a way to be sure that the data that you are using to make population estimates actually reflects the true population distribution.

For example, according to the United States Census Bureau, 50.8 percent of the 2010 Census population were female, while 49.2 percent were male.

This is something that I think many people who are conducting survey research today often overlook.

While weighting your data might not seem like a big deal, it can potentially have a huge impact on the overall estimates of the averages, ratios, proportions, or percentages for a given population.

Again, if you want to learn more, check out the original blog post that I wrote in 2011.

If you spend any time reading information shared on social media, you know that there are a lot of statistics being cited to support opinions about all sorts of topics.

Sometimes the statistics are coming from a reliable source. On the other hand, sometimes it seems like the numbers were just made up. In other words, they are fake statistics.

As I have pointed out in this post, even if the data is coming from a reliable source, it is often a good idea to check with the original source before making any business decision that will have a big impact on your company.

A lot of things can happen when data is passed on from one person to another online.

As I have said before, it is ultimately the responsibility of the consumer to make sure that the information is factual before making decisions based on what he or she read, hears, or sees on the Internet.

Hopefully, this post will help give people some idea of what to look for when deciding what statistics to believe and what ones to dismiss.