A Case for Cause Sponsorships 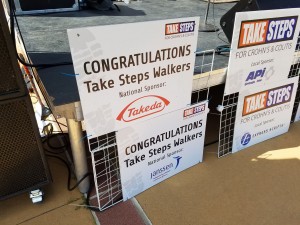 Cause sponsorships and cause marketing, in general, are effective ways to earn trust from consumers and increase the number of loyal customers for the brand.

According to an article in the Houston Chronicle, “Sponsorship is a form of cause marketing that involves donating to an event or organization and receiving public recognition for your contribution, linking your business name to the name of the cause.”

According to the IEG Sponsorship Report, cause sponsorship spending in North America increased to $1.99 billion in 2016, up 3.3% when compared to 2015 totals. Furthermore, they estimate that this number will increase to $2.06 billion in 2017.

While this is only a small fraction (9%) of the total sponsorship dollars spent in North America, it is still a number that should hearten the leaders of the many worthy charitable organizations out there.

Cause Sponsorships Should Remain Strong

The IEG Sponsorship Report warns that the growth in sponsorship spending, in general, could slow given several factors, including “uncertainty over global and local economic conditions in the wake of Brexit, the Trump election and other geopolitical matters, and its impact on marketing spending, including sponsorships and partnerships.”

However, I would argue that other types of sponsorship programs (e.g., sports, entertainment, festivals, fairs, and annual events, etc.) would be negatively impacted first. In fact, cause sponsorships could actually benefit by turbulent economic conditions.

The reasons that I believe this to be true are in line with a discussion of corporate social responsibility (CSR) during the Great Recession.

While cause sponsorships and CSR are not the same thing, they both attempt to improve the bottom line by understanding the bigger picture and improving the lives of their customers and the world, in general.

In an article that focuses on CSR in companies located in our neighbor to the north, the author makes the case that Canadian companies would actually be hurt by cutting funding for CSR programs during an economic downturn.

According to the article, “Heading into the recession, John Quelch, a marketing professor at Harvard Business School, wrote extensively about the risks involved with taking an axe to CSR budgets. Many consumers, he says, have come to differentiate between brands based on the social initiatives they undertake. Moreover, once companies lose their trustworthiness on social responsibility matters, it can be very hard to get it back, warns B.C.-based corporate sustainability consultant Coro Strandberg. “You’ll lose your credibility with your own employees,” she says. “They’ll perceive it as a fad and they won’t be as engaged next time around. Your suppliers won’t believe that you’re committed and neither will your customers. Once you’re in the game, you have to stay in the game.””

The article goes on to highlight that social responsibility initiatives help restore reputations of companies that are battered by tough economic conditions.

Again, CSR and cause sponsorships are not the same thing.

However, I believe the argument for CSR in tough economic times can be extended to cause sponsorships, as well.

CSR and cause sponsorships both work to improve the reputation of the brand and thus increase business by focusing on making the world that we live in a better place. (The same could be said of cause marketing in general.)

Since it is an effective business strategy in both good and bad times, I believe that cause sponsorships, cause marketing, and CSR will all continue to get funding from businesses of all sizes.

But, most of all, it is great news for all of us.

As I have mentioned before, good business is good for business.