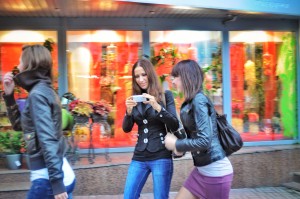 The role that mobile devices play in retail continues to grow. Not only are consumers using mobile devices to research products and get recommendations, a growing number of transactions are being completed on mobile.

According to a recent press release, Criteo’s “Q4 2015 State of Mobile Commerce Report” found that about four in 10 online transactions in the United States occur across multiple devices or channels. Furthermore, close to one-third of e-commerce transactions actually are completed on a mobile device.

This is particularly important given the fact that according to the U.S. Census Bureau, “E-commerce sales in the fourth quarter of 2015 accounted for 7.5 percent of total sales.” And, as I pointed out in the last post, Forrester Research predicts that within the next 10 to 15 years, e-commerce could account for as much as 25 percent of total sales.

Moreover, as alluded to above, mobile devices are impacting offline sales as well, as consumers use their smartphones and tablets to research and get recommendations about products online before or even during a shopping trip at a brick-and-mortar store.

As a recent article on the Mobile Commerce Daily website points out, “More than $1 trillion of total retail sales in 2015 were influenced by mobile phones, with most of this coming from in-store transactions and further growth expected, according to a new report from Forrester Research.”

The article also points out that this trend is being fueled by larger smartphones and faster wireless networks. Furthermore, the fact that search engines are providing ways for consumers to find the information that they need quickly via their smartphones is also a factor.

It’s not surprising that more retailers and brands are looking for ways to advertise and engage with consumers on their mobile devices. Those that don’t are going to be left behind.

A Majority of Mobile Transactions Are Conducted Via a Smartphone

As I already pointed out, most retail sales still take place offline.

However, the percentage of sales conducted online continues to grow, with nearly a third of these online transactions actually taking place via a mobile device.

According to the Criteo report mentioned earlier, 60 percent of sales that take place on mobile devices are completed via a smartphone.

It is important to note that tablets drove higher value sales than smartphones.

However, 43 percent of tablet shoppers used multiple devices in their shopping journey. This means that in addition to the desktop, smartphones are important even when the final sale is conducted via a tablet.

In an omnichannel retail world, the path to purchase can take many twists and turns along the way.

A consumer could research, check for product reviews and recommendations, and purchase a product after interacting with the brand and/or retailer online via a desktop computer, tablet, smartphone, and/or offline at a brick-and-mortar store or kiosk.

As mentioned, the offline store is still going to be the most common way for consumers to purchase products for the foreseeable future. However, as this post points out, the smartphone is going to play an ever-increasing role in determining what will be purchased and where that sale will take place.