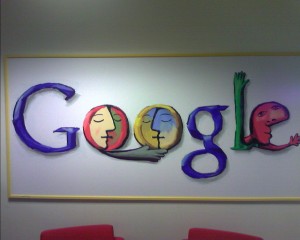 As I post this, we are only a few hours from the start of a new year.

Although the new year brings with it hope of a new beginning, the past is not that easy to escape.

This is truer than ever before given the fact that people can find out about your past transgressions with only a few clicks of a mouse using Google or any of the other search engines.

This means that everyone from potential employers to potential mates can search the Internet to find out more about you.

This is why your online reputation is so important, as it can have an effect on all areas of your life.

The best way make sure that people find positive things about you when they do an online search is to make sure that you live a moral and ethical life and never make any mistakes.

It also helps to make sure that you don’t post things on social media sites that could eventually come back to haunt you in the future.

However, for people who do make mistakes or use bad judgement when posting on social media sites, there is good news.

In fact, there are some basic things that can be done to help make it more difficult for people to find those skeletons in your closet when they do an online search to find more information about you.

The Internet Changed Everything

In their book “Trust Agents: Using the Web to Build Influence, Improve Reputation, and Earn Trust,” Chris Brogan and Julien Smith tell the story of a smalltime British con artist named Alan Conway who duped people into believing that he was the famous film director, Stanley Kubrick, in the early 1990s.

This was before the Internet gave people the power to search for almost anything and fact check a person’s story in minutes.

According to the authors of the book, “Conway was able to get away with anything—under Kubrick’s name, he cosigned a loan for a gay club in Soho, for example—and was long gone by the time his victims knew what was going on. Worse, no one wanted to testify against him, because they would expose themselves as having been duped by a con man. They would be ridiculed, they reasoned, so all declined.”

“Conway continued his Stanley Kubrick impersonation for many years,” the authors of the book continue. “Eventually, he dropped it and later joined Alcoholics Anonymous; yet even there he told everyone another whole set of tall tales, involving businesses in the Cayman Islands and an otherwise exciting life, recounted in a diary found after his death in 1998.”

“But by then the world was being transformed,” writes Brogan and Smith. “The Internet was expanding in full force, and Google had just been founded, changing the way we would all interact, and who we would trust, forever.”

While the Internet gave people the power to fact check a person’s story in a relatively short amount of time, it was social media that truly gave everyone a voice.

While this has created a way for people to expose con artists for their misdeeds, it also opened a whole new can of worms.

And, as anyone who has played the telephone game knows, when things spread via word of mouth, information is most likely going to get changed along the way.

What this means is that rumors are likely to spread even after the story is proven to be false.

In his book, “So You’ve Been Publicly Shamed,” Jon Ronson gives examples of people whose lives were destroyed by the social media mob, often after making a relatively small error in judgement.

Although their actions were usually pretty stupid, they often did not deserve the public shaming that they received.

And, as Jon Ronson points out, their story tends to live on.

This is because Google and the other search engines help make it easily accessible for all to see long after the social media storm ends.

The Moral Bias Behind Your Search Results

In his Ted Talk, Andreas Ekström points out some of the biases that are found in the results we get when we search the web using any of the search engines.

In particular, he explains how they can be manipulated to destroy a person’s reputation using some of the same basic principles that businesses use when optimizing their web pages to be found on search engines.

In the talk he explains how people used search engine optimization (SEO) tactics to create a racist campaign designed to insult Michelle Obama in 2009.

He also gave another example of how social activists used the same tactics to insult a terrorist as a way to peacefully protest against terrorism and to prevent the terrorist rhetoric from spreading.

Ekström points out that Google manually cleaned the search results in 2009, thus ending the racist campaign against Michelle Obama. However, they didn’t do the same thing when people used the same tactics to destroy the reputation of a terrorist.

While Ekström does understand and seemingly agrees with Google’s decision, he uses these examples to show the power that Google has in the shaping of public opinion.

The example just discussed points out that the people who control the search engines have the power to influence search results. However, so do everyday users.

For people whose reputation was destroyed, the good news is that you can use SEO tactics to help fix your online reputation, thus making it easier for people to find the good things about you when they do an Internet search.

However, as Jon Ronson points out in his book, it can take a lot of time and effort to influence what shows up in a Google search engine results page (SERP.)

For people who don’t have the technical know-how or the time to do it, there are people out there who will help you. However, their services aren’t cheap.

And, because Google is always trying to get the most current information in its search results, using SEO for online reputation management is an ongoing process. Again, this translates into more time, effort and/or money.

While the new year brings with it the opportunity to start again, the past often influences our future.

Although we can’t control what people say about us online, we can help influence what others find out about us by using some of the basic principles of SEO to rebuild our online reputation.

The good news is that anyone can do it.

And, really it all starts with making sure that there is a lot of good things said about you on the Internet to help drown out the bad.

However, as anyone who has studied SEO knows, it takes a lot of effort to influence what shows up on a SERP.

What this means is that you are going to have to skillfully post things on the web to improve what shows up in a SERP or hire someone who knows how to do it.

It can be done.

However, like most things in life, it is going to take a lot of time, effort and/or money.