Machine Learning and the Future of SEO 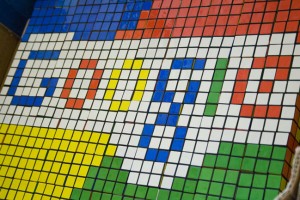 Many of your current and future customers have found or will find your business by doing a search on Google or some other search engine. This is true whether you work for a Fortune 500 company or the mom-and-pop store down the street.

While many factors influence whether or not a searcher clicks on your website when it is listed on a search engine results page (SERP), studies have found that the higher the website ranks on a SERP, the more likely it is that a searcher will click.

It is for this reason that many companies, both large and small, are investing in search engine optimization (SEO).

The different factors that influence your ranking on a SERP are always changing. In fact, if the recent announcement from Google is an indication of the future, the way businesses optimize their websites for search may soon be completely different than it is today.

“Signals are things Google uses to help determine how to rank Web pages,” writes Danny Sullivan, Founding Editor of Search Engine Land. “For example, it will read the words on a Web page, so words are a signal. If some words are in bold, that might be another signal noted. The calculations used as part of PageRank give a page a PageRank score that’s used as a signal. If a page is noted as being mobile-friendly, that’s another signal that’s registered.”

“Google has fairly consistently spoken of having more than 200 major ranking signals that are evaluated that, in turn, might have up to 10,000 variations or sub-signals,” Sullivan continues. “It typically just says “hundreds” of factors, as it did in yesterday’s Bloomberg article.”

SEO experts use these known signals as a guide to tweak websites so that they are Google friendly and hopefully rank higher on a Google SERP.

“The problem is that Google processes three billion searches per day,” writes Sullivan. “In 2007, Google said that 20 percent to 25 percent of those queries had never been seen before. In 2013, it brought that number down to 15 percent, which was used again in yesterday’s Bloomberg article and which Google reconfirmed to us. But 15 percent of three billion is still a huge number of queries never entered by any human searcher – 450 million per day.”

“Among those can be complex, multi-word queries, also call “long-tail” queries,” Sullivan writes. “RankBrain is designed to help better interpret those queries and effectively translate them, behind the scenes in a way, to find the best pages for the searcher.”

With RankBrain, Google is using the information and knowledge gained from some past searches to better understand future complex searches. In other words, Google’s algorithm is learning from past searches and using that knowledge to help rank pages to deliver results that it feels searchers are actually looking for.

RankBrain Is a Very Important Signal

As the article on Search Engine Land points out, RankBrain is not replacing the Google algorithm. Currently, RankBrain is only one of the many signals Google uses to determine where a website shows up on a Google SERP.

That said, it has been less than a year since it was first used and RankBrain has already become the third-most important signal in the Google Hummingbird algorithm.

It is unclear exactly how many search results are impacted. However, what we do know is that “a very large fraction” of the search queries on Google are being processed by RankBrain.

And, while I haven’t heard Google confirm this, it is entirely possible that RankBrain could play a larger role in the future.

What Does This Mean for Business?

While Bloomberg did break the story of RankBrain in the media, SEO experts were already aware that something strange was happening with SEO that they were having difficulty explaining.

In fact, Market Motive had a webinar a couple of weeks earlier, titled “SEO Webinar: Rise Of The Machines: What Artificial Intelligence Could Mean For SEO.”

In the webinar, Danny Dover explained how Artificial Intelligence is being used to help determine where pages rank on Google SERPs. However, I don’t think he mentioned RankBrain by name.

After the webinar, I sent a tweet asking Mr. Dover if he thought there would be a day when SEO would not be possible because of AI and personalized results.

“Interesting question. I think SEO as we know it today will disappear rapidly but SEO as in marketing online content will stay,” Mr. Dover responded.

He then clarified by tweeting, “Rapidly might not be the best word, perhaps disappear (but with no specified timeframe.)”

After Bloomberg broke the story in the mainstream media, Tim Wang asked Mr. Dover whether it would affect link building strategies and/or content creation. Mr. Dover responded by tweeting, “Yup. Machine Learning (one technique used in AI research) relies on training data not factors (a small but important diff)”.

If Mr. Dover is correct, in the future businesses will need to adapt and develop new ways of making sure that their website is found when a user does a search on Google or any of the other search engines. (As the Search Engine Land article points out, Bing has been incorporating its own machine-learning system into its algorithm it uses to rank pages since 2005.)

The goal of most search engines is to provide the most useful results for searchers. In an effort to accomplish this goal, the search engines are constantly updating their algorithms that determine where a website shows up on a SERP.

What this means for business is that whoever is in charge of making sure that the business’s website is optimized for search, whether it be a person on staff or an agency that specializes in SEO, needs to stay current on the best practices and trends in SEO.

While machine-learning is currently only a part of Google’s algorithm it uses to determine where a website appears on a SERP, it is already the third most important signal. And, it is entirely possible that it could play a larger role in the future.

This means that, in the future, businesses might need to use different tactics to optimize the business’s websites for search.

Note: While I have completed Market Motive’s SEO Foundations training as part of the Digital Marketing Foundations Practitioner Certification, I am not an SEO expert. I wrote this post to help make business leaders aware of some of the changes that could have an effect on their SEO efforts. I am relying on information from trusted experts. As just mentioned, it is important that the person who is leading the business’s SEO efforts be trained in the most current SEO strategies and best practices for optimizing a website for search.

These are the series of tweets that I cited in the post:

@DannyDover Interesting webinar today. Do you think there will be a day when SEO is not possible because of AI and personalized results? — Chad Thiele (@chadjthiele) October 13, 2015

@chadjthiele Interesting question. I think SEO as we know it today will disappear rapidly but SEO as in marketing online content will stay.

@chadjthiele Rapidly might not be the best word, perhaps disappear (but with no specified timeframe.) — Danny Dover (@DannyDover) October 14, 2015