Why Proximity Mobile Payments Are Good for Business (Part One) 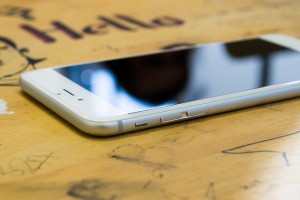 For a few years now there have been experts recommending that businesses invest in the equipment that allows customers to use their smartphones to make point-of-sale payments for goods and services at restaurants and brick-and-mortar retail stores.

However, given the many potential roadblocks, it is not surprising that many businesses took a wait-and-see approach before making any investments in this type of technology.

That was, until last month.

When Apple announced that the new iPhone 6 would include near-field communication (NFC) and Apple Pay, in my opinion, one of the biggest obstacles to proximity mobile payment adoption was eliminated.

This doesn’t mean that it is a given that proximity mobile payments will be embraced by a majority of consumers right away. But, there are several reasons why now might be the time to make the investment, particularly if the business is located in an urban or suburban area. These reasons include:

The number of smartphones with NFC is increasing.

According to comScore, 174 million people in the U.S. owned smartphones (72 percent mobile market penetration) during the three months ending in August 2014.

Last month’s announcement doesn’t mean that all 42 percent of Apple smartphone users will now have access to NFC technology. It is going to take some time for customers to make the transition to the iPhone 6 or iPhone 6 Plus. However, according to Forbes.com, Apple has sold over 21 million new phones in the first two weeks, 10 million of those in the first three days alone. And, with the holiday season just around the corner, that number is bound to increase sharply by the end of the year.

When combined with the fact that many of the other smartphone manufacturers offer some NFC-enabled smartphones, the percentage of consumers who will be able to take advantage of proximity mobile payment options is much higher today than it was not too long ago, and that percentage will only continue to increase.

The number of mobile wallet options is increasing.

There are several Android mobile wallets (e.g., Softcard, Google Wallet, etc.) out there. Now that Apple has introduced Apple Pay, consumers will have more opportunities than ever to take advantage of proximity mobile payments when a restaurant or retailer makes the option available to them.

Major brands are working together to increase awareness.

As usual, Apple has done a great job introducing Apple Pay to consumers.

But, they are not the only brand trying to create awareness of proximity mobile payments.

In a recent article on eMarketer.com, Matthew de Ganon, Senior Vice President, Product and Commerce at Softcard, reports that Softcard currently has about 20,000 activations per day. This success is due in part to the fact that Softcard was created under a partnership with AT&T, Verizon Wireless and T-Mobile.

“We’ve had great success with consumer education through our partner stores, the carriers: Verizon, AT&T and T-Mobile,” states Mr. de Ganon. “They educate consumers on the mobile wallet, what it means and how they can tap to pay.”

“A majority of consumers assume at some point they’re going to have a mobile wallet that will allow them to pay for goods and services, but only a very small percentage actually knew that it was already here,” Mr. de Ganon continues.

Having access to high speed wireless data is very important to the adoption of proximity mobile payments.

If it takes too long for a transaction to process, there is a good chance that the customer will abandon the transaction or choose an alternative payment option. If this happens with frequency, the consumer will most likely lose interest in using proximity mobile payments altogether. That is why having access to 4G is going to be crucial to the success of this emerging technology.

The good news is that according to Ovum research, 4G connections in North America are quickly rising.

Again, with the holiday season right around the corner, this number should increase even higher by the end of the year.

As shown, there are many factors that are coming together to make proximity mobile payments a viable and smart business decision.

Just the fact that Apple has entered the market is a great signal that now is the time to look into this technology. As Lance Whitney points out in a February 2014 article on CNET.com about NFC-enabled cell phones, “…Apple typically likes all of the pieces to be in place before it dives into a burgeoning technology.”

Still not convinced? In a future post I will explore how offering proximity mobile payments can benefit your business beyond the obvious convenience of offering an additional payment option.