It Pays to Use These Shopping Apps 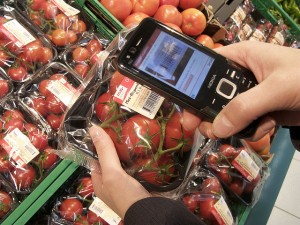 According to a recent article on Forbes.com, Apple reported that there are about 1.25 million apps in its app store, while Google boasts over 800,000 apps.

With this many options available, it is amazing that any individual app can find a way to stand out from the crowd.

When an app does gain widespread acceptance from mobile users, retailers and brands need to take note.

While I don’t have a specific formula for creating an uber-popular shopping app, I can tell you that a good place to start is by delivering value to users.

It is for this reason that I’d highly recommend shopkick and Ibotta to consumers, retailers, and to the companies that make the products that are sold at their stores.

I’ve been a fan of shopkick ever since I bought my first smartphone in 2011.

As I pointed out in a post in July of 2011, shopkick provides a win, win, win for retailers, the companies that make the products that the stores sell, and most importantly, consumers.

Retailers that partner with the app benefit by the increased foot traffic that shopkick brings.

The companies that make the products that line the store’s shelves benefit by increased sales. Being included in the list of items to be scanned acts as an advertisement each time shopkick users open the app.

Furthermore, shopkick has added lookbooks to the app. These lookbooks give brands another way to advertise their products to customers.

Consumers not only benefit by earning kicks that can be exchanged for gift cards or other rewards, but they are also introduced to products that they might find useful in a fun and entertaining way.

Not convinced about the value of shopkick? Then feel free to ask any of their over 4 million users what they think. I’m guessing many of the responses will be favorable.

Save Money With Ibotta

I’m a huge fan of the Ibotta app. In fact, I haven’t been this excited about a shopping app since I first was introduced to shopkick.

And, it appears that I’m not alone.

According to an article on TechCrunch, the app climbed to 100,000 registered users in the first 75 days following its release. That article was written in December of 2012.

While I don’t know exactly how many registered users it currently has, Ibotta has a loyal following. In fact, a recent survey conducted by Consumer Intelligence Research Partners (CIRP) found that Ibotta is one of the 20 most frequently used apps among smartphone and tablet users.

What is the reason for this success? That question can be answered by one word: value.

The easiest way to tell if anything is delivering value is by measuring whether or not it saves users money.

I have been using the app for about a month and a half and in that time I have saved $43.00. (I use the app about once a week.)

Not only has it saved me money, it has also encouraged me to try some products that I normally wouldn’t have purchased—many that I will purchase again in the future. That is the goal of any good advertising.

What makes this different from shopkick is that users actually have to make a purchase to earn the reward. I would think that this is enough incentive for retailers and brands to want to get involved with this app.

The way the app works is that users are asked to do small tasks to earn the opportunity to get money back from the app after a specific product is purchased. Only products listed can be redeemed for cash and they have to be purchased from participating retail stores. (Purchases are verified by having users submit receipts and scan UPC codes that are on the products that they purchased.)

What makes the app more interesting is that Ibotta offers bonus badges to users who complete certain specific tasks (e.g., invite new users, buy a set number of specific products, transfer money earned on the app to PayPal, etc.) In some cases, these badges also come with a monetary reward. That makes the badges that much more valuable.

There are a lot of apps out there to choose from. This makes it difficult for any particular app to gain widespread acceptance.

When shopping apps do gain acceptance, retailers and the companies that make the products that they sell can definitely benefit by their involvement with the app.

As explained by looking at two of my favorites, shopping apps can help increase foot traffic, increase awareness of different products or services, and even result in increased sales.

Furthermore, involvement in shopping apps could also be a creative way to help keep the non-shoppers occupied while the shoppers in a group shop.

While there isn’t a set formula to create a popular app, the best and most recommended way to do it is to deliver value. This is something that I feel both shopkick and Ibotta have accomplished. It is for that reason that I would highly recommend both apps.