Made in the USA: The ‘Secret Sauce’ Needed for Success? 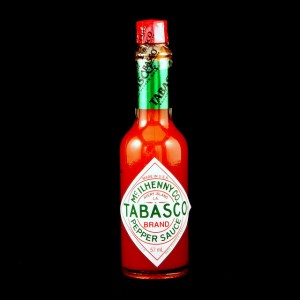 Two years ago, I attended an AMA South Florida event in Miami, Florida. While the speaker was interesting, it was something that an attendee from either Central or South America had mentioned to me that is still stuck in my head.

He had mentioned that people in his city love the United States so much so that, in that city, products that are made in America fly off the store shelves.

This is the kind of insight that I think businesses could use in some way.

The Value of ‘Made in America’

In an article on Inc.com, Eric Schurenberg writes, “Think of the label “Made in America.” What brand images come to mind? Odds are, you’ve conjured up a picture of one of two scenes.”

“First, there’s that rugged, sturdy (if underappreciated), no-frills, American quality,” writes Schurenberg. “It’s the stuff of Chrysler Automotive’s much-praised “Imported from Detroit” ad, and Bruce Springsteen’s “Born in the USA.” If you buy this two-fisted version of “Made in the USA,” you also likely buy American because you’re patriotic. You don’t care if elites would rather buy a BMW.”

“The other Made-in-America vision embraces an artisanal, moral, locavore sensibility,” continues Schurenberg. “Think of Whole Foods, or, in apparel, Brooklyn Industries. In this vision, you buy boutique American goods because they’re holier-than-corporate and show off your elevated taste (not to mention your ability to afford such taste).”

However, if one of these two images comes to mind, Schurenberg thinks you are probably selling “Made in America” short.

As he writes in the article, “The label still has far more international cachet than Americans are likely to give it credit for. Even in the United States, buyers have proven that they’ll pay considerably more for some kinds of American-made goods–simply because they expect them to be a better value.”

In the remainder of the article, Schurenberg makes a great argument for the value of “Made in America” and how the label can bring with it a serious competitive advantage.

In the article, Sherman writes, “Not since the 1970’s has “Made in America” been such a hot way to market your product.”

Sherman points out that, “In a September survey of more than 1,000 Americans by the Boston Consulting Group, more than 80% said they preferred U.S.-made goods, and that they would pay more for said goods. The same questions were asked of 1,000 Chinese consumers: 47% prefer Made in America.”

However, Sherman also cautions brands that “Made in America” only goes so far. She says that it often comes down to quality vs. a deal. As she states, “When American-made goods deliver both, it works.”

In some geographic markets, the fact that a product is made in America might be more important than you think.

Therefore, brands might want to highlight the fact that their products are made in America—even when they are selling them to consumers abroad.

In some cases, it might be as simple as making the “Made in USA” label larger so that it can be conspicuously displayed for all to see.

However, businesses need to keep in mind that other areas of the world don’t share that love of our country or hold American-made products in such high regard. In those parts of the world, the fact that the product is made in America probably shouldn’t be highlighted as clearly, if at all.

The key is to do the research to find out whether or not the fact that the product is made in America has a positive or negative effect on purchase decisions among potential customers in a given geographic market and then test to see if different marketing techniques or product designs increase sales.