A Look at the Aging of America From a Retail Perspective 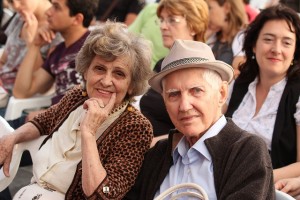 Andy Rooney once said, “It’s paradoxical that the idea of living a long life appeals to everyone, but the idea of getting old doesn’t appeal to anyone.”

This could be partially due to the fact that either through design or disregard, the products and services that brands offer tend to cater to younger consumers.

However, as times goes on, older consumers are going to be harder and harder to ignore.

As the baby boomers reach retirement age, the number of older consumers continues to grow. (It is worth noting that there will be more older consumers in the near future because there were higher birth rates from 1946 to 1964 and because older consumers who reach the age of 65 are projected to live longer lives in the future.)

While brands do intentionally target different consumers when they advertise their products or services, there are also some decisions that brands are making that may unintentionally exclude older consumers from making a purchase.

If You Can Read This You’re Too Young

In his book, “Why We Buy: The Science of Shopping—Updated and Revised for the Internet, the Global Consumer, and Beyond,” (affiliate link) Paco Underhill explains how retail will be transformed in the near future as a result of the aging of the population of the United States. In fact, he devotes a whole chapter to this topic.

According to Underhill, by 2025, we are going to need a whole new world when it comes to retail.

“What’s wrong with this world? For starters, all the words are too damn small,” says Underhill. “See this sentence? How could you? Too damn small. How about the morning paper? Forget it. Too damn small. The directions on your jar of organic herbal laxative? Too. Damn. Small. And you’re not even going to try squinting. (It causes wrinkles.) If you can’t read it, by gum, you just won’t buy it. And if you don’t buy organic herbal laxative, nobody will. And if nobody buys it… well, you see where this is going.”

“Human eyes begin to falter at about age forty, and even healthy ones are usually impaired by their sixties,” Underhill continues. “With age, three main ocular events take place: The lens becomes more rigid and the muscles holding it weaken, meaning you can’t focus on small type; the cornea yellows, which changes how you perceive color; and less light reaches your retina, meaning the world looks a little dimmer than it once did. The issue of visual acuity, already a major one in the marketplace, will become even more critical—not just in some far-off future, but from this moment on.”

Is he making too big of a deal about the eyesight of older consumers? You can decide that for yourself, but first you might want to read some of the examples that Underhill provides as evidence.

“One of our fast-food clients realized that diners over fifty-five were their fastest-growing demographic, despite the fact that the menu boards used type that was almost impossible for older people to see well,” reports Underhill. “The company redesigned the menus using large photos of the food, and even though it meant listing fewer items, sales rose.”

Underhill also points out that, “The main market today for drugstores is older people, and that dependence will only increase. Certainly, of all the words we are required to read in the course of our lives, few are more important than the labels, directions and warnings on drugs, both prescription and over the counter. For instance, we have found that 91 percent of all skin care customers buy only after they’ve read the front label of the box, bottle or jar. Forty-two percent of buyers also read the back of the package. Clearly, reading is crucial to selling skin care and other health and beauty items.” 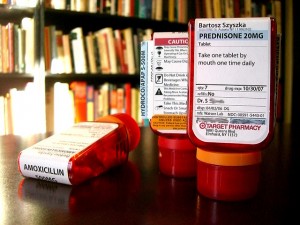 Can the Problem Be Fixed?

This sounds like an easy enough problem to fix. Just make the type bigger and the problem is solved, right? Not so fast.

You see, part of the problem is that many consumers rely on information in order to make purchase decisions. Therefore, brands need to provide a sufficient amount of information on their packages.

However, on a small box or bottle, there is a limited amount of real estate. Therefore, the choice is to either make the package bigger, provide less information or make the type smaller. It appears that many brands are choosing the third option—to the dismay of older consumers.

In the book, Underhill offers some possible suggestions that might help fix the problem, including package redesigns, better signage in retail stores, increased use of graphics on the labels, and tech solutions including sending additional information to our mobile devices.

In the end, he suggests the correct solution might be a combination of these and other possible fixes.

As Paco Underhill points out in his book, the aging of the population of consumers in the United States is going to provide numerous challenges to brands and retailers in the very near future. (These challenges include issues that I haven’t mentioned in this post.)

However, as with any challenge that is presented to the business world, they also provide an opportunity for businesses to profit by stepping up and finding ways to meet the needs of this important demographic.

As Paco Underhill sums it up, “Older shoppers are more important than ever, if only because there are more of them, and they have a lot of money to spend and time to spend it. Their presence will transform how products are sold in the twenty-first century.”

With this in mind, the question is: Is your business ready?