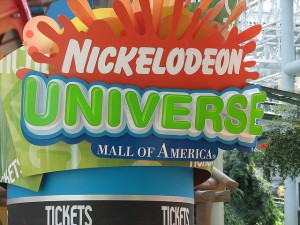 Most marketers were taught that correlation doesn’t necessarily equal causation in their introduction to statistics courses. However, I think that this is a lesson that we all forget from time to time.

I must confess, I have ignored this lesson in the past.

In a blog post that I wrote about shopkick in July of 2011, I cited an article that was posted on xconomy.com in order to explain how shopkick benefits retailers.

One of the arguments that was made in the post could have been challenged by pointing out that correlation doesn’t imply causation. (However, as I will explain, even with its faults, I believe that the argument that was made does have merit.)

With the current economic downturn, anything that can bring consumers into their stores is a blessing for most retailers.

According to the article, “Shopkick Uses the Sound of Rewards to Bring Smartphone Owners into Bricks-and-Mortar Stores,” on xconomy.com, shopkick’s CEO, Cyriac Roeding, says that retail stores will do almost anything to get people into their stores because conversion rates at bricks-and-mortar stores are very high.

Therefore, it’s not surprising that retailers would welcome any technology that can help get consumers away from their computers and into their stores. That’s where shopkick can help.

The Point: There is a Correlation, But…

Roeding’s stats are extremely convincing. However, let’s look at the facts again.

You see, it is most likely the case that people often visit bricks-and-mortar stores when they are ready to make an actual purchase—this is particularly true of grocery stores. (How many people do you know who go window shopping at a grocery store?)

Therefore, the purchase is more than likely driven by some other cause (i.e., the need for an item, extra disposable income, a gift card, etc.) And, the fact that they go to the bricks-and-mortar store and make a purchase are both often a result of these outside factors.

Therefore, I’d speculate that the conversion rates among people who go to bricks-and-mortar stores as a direct result of the shopkick app are going to be somewhat lower than the current conversion rates cited above.

Supporting Evidence From the Local Mall

In his book, “Call of the Mall: The Geography of Shopping by the Author of Why We Buy,” (affiliate link) Paco Underhill points out that mall owners have tried to increase the time that people spend in malls by offering diversions that have nothing to do with shopping (e.g., food courts, movie theatres, bars and nightclubs, amusement parks, arcades, etc.)

As Underhill points out, “It’s been proven that the more time someone spends in a mall, the more stores they visit and the more things they buy. Again, there’s an inescapable logic to that formula. Every mall owner in the world knows all this. It’s just that they respond differently to it. Some like the idea of putting in a big, glitzy, raucous entertainment sector. It’s the expensive way to go, but it’s easy, too—you just install it and turn on the lights.”

“But the connection between such amusements and increased spending isn’t ironclad,” Underhill continues a little later on in the book. “People may now come to the mall without intending to buy a single thing. In a recent study, slightly more than half of what people did in malls was unrelated to actual shopping—eating, movies, games, hanging out, socializing, and so on. Those who said the primary reason they came to the mall was “to have fun” spent less money than those who said they came to visit a department store—to shop. The survey also found that the overall perceived entertainment value of a mall is unrelated to the amount of time people devote to shopping or the number of items they buy. So shoppers can be exceedingly fond of their mall and still not spend much money or time in stores. It’s a risk.”

I used this example to make a point that correlation doesn’t imply causation.

In this case, just because you get more people to visit your bricks-and-mortar stores because they are using the shopkick app doesn’t necessarily mean that the increased traffic is going to result in the same conversion rates that are now being recorded.

On the other hand, you probably will have some increases in sales.

If people are visiting bricks-and-mortar stores for reasons other than shopping (in this case to use the shopkick app) and have a pleasurable experience when they do, they will become comfortable with the store and will more than likely feel an affinity to it. Therefore, the next time they do need an item that the store sells, there is a good chance that they will think of that store and will shop there instead of visiting a competitor’s store. (In fact, they might choose to visit the store to make the purchase, because it will give them another chance to use the shopkick app.)

I think that, every once in a while, we all forget that correlation doesn’t imply causation.

In reality, I think it is easier to overlook this fact when we want the causal relationship to be true.

However, the facts remain the facts.

While ignoring the fact that correlation doesn’t imply causation isn’t a cardinal sin, it could end up having a negative effect on your business’s bottom line if you make important business decisions based on relationships that don’t necessarily exist.