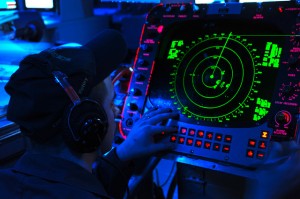 That is the question that many people are currently asking themselves.

In November, iMedia Communications published a blog post that featured 16 business leaders making predictions as to what they think 2013 will be best known for.

In the post, Mark Cuban, an American business magnate and owner of the NBA’s Dallas Mavericks, predicted that 2013 will be the year of entrepreneurship. Ian Wolfman, CMO at MEplusYou, predicted that 2013 will be the year of purpose (i.e., brands will do more meaningful things in the world and more advertising dollars will be spent for social good in an effort to earn the trust of consumers.) Furthermore, Alfredo Gangotena, CMO at MasterCard, focused on the changing economic conditions around the world, including new opportunities for business growth in Africa in 2013.

Other experts predicted that we will finally get mobile right in 2013, video will explode, we will be able to achieve better targeting for in-marketing consumers, and that there will be more consolidation and easier technology, among other things.

If that list wasn’t enough to inspire your imagination, I’d suggest checking out the “100 Things to Watch in 2013” list published by JWT Intelligence. This yearly list has some amazing predictions for 2013.

Some of the Things That I Will Be Watching in 2013

I don’t have access to the same information that the business leaders that I mentioned earlier in this post have. Therefore, I am not going to make a prediction as to what I think 2013 will be best known for.

While I can’t say what 2013 will be best known for, I can provide a list of some of the things that I plan to study and monitor in the next 12 months. That list includes:

We all know how fast technology has changed the world that we live in, in just the past decade. Think about what the world will be like next year, then think about the remarkable changes in technology that we will witness in the next 10, 20, or 30 years. In order to stay ahead of the curve, I think that it is important for businesses to pay attention to what futurists like Raymond Kurzweil predict the world will be like, and make sure that they have the products and services that will meet consumers’ demands when the time comes.

Therefore, it is not surprising that Google recently hired Kurzweil to be the Director of Engineering. Sure, the real reason for the hire is because Kurzweil has decades of machine learning experience, but there are other reasons for having a brilliant futurist on staff (i.e., making sure the competition doesn’t have the same level of access to all the knowledge that he has in that head of his.)

According to comScore, “123.3 million people in the U.S. owned smartphones (53 percent mobile market penetration) during the three months ending in November 2012, up 6 percent since August.” (This doesn’t include the increase that we will most likely see after the numbers are in after the holiday gift-giving season. Also, keep in mind, this number doesn’t include tablet computer usage.)

Therefore, it is not surprising that many experts predict that mobile will play an increasing role in consumers’ purchase decisions in the future. Therefore, it would be extremely ignorant to ignore this important technology.

From a business standpoint, it will not only be important to monitor how consumers are using their mobile devices in their day-to-day lives, but it will also be important that consumers can easily find the brand’s products or services wherever they are looking, including when they are using their smartphones or tablet computers. And, when they do find the brand’s products or services online, it will be equally important that the information that they find is user friendly and optimized for the mobile device that they are using.

Mobile devices will not only change the way that consumers find and do research on products or services, they will also play an increasing role in how consumers actually purchase these products and services. In fact, according to a post on the Intuit GoPayment Blog, a recent Jupiter Research study estimated that, by 2017, one out of every 25 retail transactions worldwide will be completed with a mobile device.

Therefore, it is important that businesses start getting comfortable with this technology now, while the technology is still new and they have the luxury of time to experiment and make adjustments, as necessary. If businesses wait until a majority of their customers become comfortable with the technology, they might end up losing sales to competitors that have taken the time to experiment and perfect the transaction process.

As an increasing number of people use mobile devices to gather information as they shop in brick-and-mortar stores, it is inevitably going to change the way that consumers interact with products in the real world. Retailers are going to want to do everything that they can to prevent what some experts call “showrooming.” Finding ways to get consumers to buy from the current store that they are in is going to become a top priority. Among other things, this might lead to more price-match guarantees to increase sales. There is also a possibility that consumers’ shopping behaviors will be altered in ways that we haven’t even thought of as a result of consumers having a mobile device in their hand while they shop. It is for this reason that I will be watching merchandising trends in 2013.

Changes in all sorts of technology, from Facebook to facial recognition technology, will have consumers worrying whether or not their personally identifiable information (PII) is getting into the wrong hands. In this environment, even the perception of a privacy issue can have a huge impact on whether or not consumers trust the brand, which can ultimately have an effect on the bottom line.

6) The Evolution of Marketing and Public Relations

It is important that businesses monitor changes in the marketing and public relations world. Each new technology that is introduced brings with it new challenges. Therefore, it is important to understand what is working for other companies and adapt that into your marketing plan, if possible. It is also important to try new things, test, and make changes when necessary. However, as Mark Schaefer points out in a recent blog post, one of the best ways to cope with the changes that marketers are facing today is to view technological change through the lens of marketing fundamentals. That way you can more easily weed out the stuff that most likely won’t work. In other words, a solid understanding of the fundamentals of marketing and public relations will still be the foundation for success.

Alfredo Gangotena’s comment in the post that I mentioned earlier really got me thinking about the possibilities that are available in emerging markets. Therefore, I plan to add this to my to-do list of topics to study in 2013.

These are just some of the things that I will be watching in 2013.

It is important to note that a change in technology could have a huge impact on all the other things mentioned on my list.