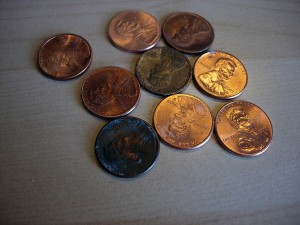 Recently, I joined HubPages as a way to help get the word out about my blog and possibly earn a little income by writing.

If you are not familiar with HubPages, it is an online community designed to help writers share their content.

One of the benefits of using the site to publish Hubs is that it is set up in much the same way as a standard social networking site is.

To encourage participation within the community, you earn a HubScore and receive accolades for participation (these are similar to the badges that you receive on Foursquare.)

Hubbers can also share another person’s Hubs with their followers, thus making it easier for good content to be spread.

As I alluded to, you can also earn income on HubPages through Google Adsense, the Amazon and eBay affiliate programs, and through the HubPages Ad Program.

It is this aspect of the site that got me thinking.

When people talk about monetizing a social networking site, they are talking about finding ways to make money from the site.

For the record, HubPages is not the only site that lets users earn money. Squidoo, the site that was started by Seth Godin, uses a similar revenue-sharing model.

I wonder if this is something that Facebook could do to earn more money.

While I haven’t fully thought this through, I’m thinking that if Facebook paid users a portion of the revenue that they received from Facebook Ads when their content was viewed by other users either via the timeline or on their profile, it would encourage users to use the site more often and post more valuable content. (It could also help increase the time that users spend on the site.)

Facebook could use a formula similar to EdgeRank to determine how valuable the content is and how much the user should receive.

This definitely would make me want to use the site more often.

However, more importantly, it might get users to actually notice and interact with the advertising on the page.

You see, since I started using HubPages, I have started noticing display ads more often, at least the ones on HubPages. I know that those ads will possibly make me some money, so I at least look to see what ads are showing up based on the content on the page.

If users know that they are going to be making money based on the ads that run on Facebook, they might start noticing the Facebook ads, too. (This would be a great experiment for a neuromarketer to test.)

And, once you get users to notice the ads, there is a good chance that they will start to click them.

Why Facebook Should Pay You for Your Personal Info

I’m not the only one to suggest that Facebook pay its users.

In an article posted on money.cnn.com, David Goldman explains that in order for Facebook to increase its revenue, a pair of New York University business school professors are suggesting that Facebook pay users for the privilege of selling their personal information.

As the article mentions, “Here’s the idea: Facebook would pay its users a nominal fee — say $10 a month — for the right to send their relevant personal information to advertisers. Companies looking to advertise their products or brands to a specific group of people would pay Facebook for that data and for the ability to directly market to those individuals.”

As the author of the article explains, Facebook could add a new revenue stream, and increase the company’s transparency and trustworthiness at the same time, by giving users the ability to make money by opting in to such a program.

There is definitely the possibility that paying Facebook users could backfire on the company.

Let’s look at both ideas separately, starting with the idea that I suggested.

First, as I pointed out before, paying Facebook users a portion of the ad revenues will likely make users even more aware of the advertising. This could turn some people off.

Furthermore, users wouldn’t really make all the much money unless they post a lot of content, are connected to a lot of people and those connections interact with the content—a lot.

People might also question whether or not the social media giant was giving them their agreed-to ad revenue, particularly if they used a formula that is difficult for users to understand (i.e., one that is similar to EdgeRank.)

There is also the possibility that people would game the system by creating fake accounts, liking and interacting with their own content and clicking ads just to make money.

If Facebook went the route that the New York University business school professors suggest, it could run into similar issues, including having users game the system by creating fake accounts, losing trust and credibility if users question whether their data is worth more than $10 a month, and possibly losing users because they would be even more aware of the site monetization.

Facebook is going to have to find additional ways to make money with the site to increase revenues in order to satisfy their investors.

Paying users to use the site is an interesting idea that could increase revenues. However, there is the possibility that it could backfire.

As I mentioned, I haven’t thought this through completely, but it is an interesting idea.

So, what are your thoughts? Do you think it would be a good idea for Facebook to pay its users?