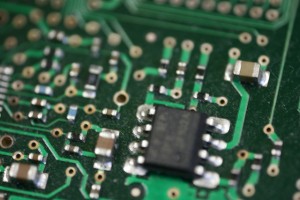 We’ve all seen films where the main character needs to get access to another person’s computer files, so he or she asks a computer whiz for help.

In the movies, said computer whiz often resorts to brute-force cracking (i.e., systematically checking all the possible passwords or cryptographic keys until the correct one is found that allows them to gain access to the information.)

Even if the computer system did not lock them out or require other security measures, this method would still take a considerable amount of time to gain access, particularly if the user who they were trying to obtain the information from chose a long enough password.

However, in the real world, most hackers aren’t trying to get into one person’s account—instead they want access to any account that can get their hands on. Money is money and it doesn’t matter who they steal from. Therefore, they can use other methods of gaining access to a customer’s account that exploit weaknesses in information technology security systems and take far less time.

So why should marketers and public relations professionals be concerned about this? This is a job for the Information Technology department, right?

It is true that most marketers and public relations professionals (me included) don’t completely understand the technical details regarding these issues. However, that doesn’t mean that we shouldn’t be thinking about them. After all, our customers care about the security of their data, therefore marketers and public relations professionals should care, too.

According to Wikipedia, “Moore’s law is the observation that over the history of computing hardware, the number of transistors on integrated circuits doubles approximately every two years. The period often quoted as “18 months” is due to Intel executive David House, who predicted that period for a doubling in chip performance (being a combination of the effect of more transistors and their being faster).”

The end result is that we gain access to much faster computer processing speeds and increased memory capacity in a relatively short amount of time.

This is great for most areas of business, but could be a huge challenge for information technology security experts.

It’s Not Too Early to Be Thinking About 2018

As computer processing speeds increase, it is going to take less time for hackers to do a lot of malicious things to a computer system, including gaining access to a user’s personally identifiable information (PII), financial accounts or spreading nasty computer viruses and malware.

In an article posted on Technology Review, titled “Faster Computation Will Damage the Internet’s Integrity,” Glenn Fleishman explains that the end is near for a cryptographic routine that is used to protect the integrity of secure Web transactions, stored passwords, and hundreds of other purposes because computer processing speeds are increasing at rates predicted by Moore’s law.

Fleishman points out, “By 2018, writes Intel’s Jesse Walker on a mailing list devoted to this form of cryptographic protection, a criminal organization could easily afford the cost of, in essence, forging the signature on critical security documents using commodity computing hardware. By 2021, he says, an academic group could afford to own or rent the necessary processing time.”

The article points out the technical details of the problem, many of which are beyond my area of expertise.

However, from a business standpoint, what is clear is that businesses need to act on this to protect themselves from future threats, both from an information technology and a marketing and public relations standpoint.

However, even if the problem is addressed before it’s too late, the marketing and public relations departments will still need to make sure that their customers are aware that all of the online transactions that they perform with the company are secure.

You see, if people are already talking about this issue now, there is a good chance that more major news sources will pick up on the story later on, when it really becomes an issue.

The issue that Glenn Fleishman pointed out in his article is important for businesses to be aware of so that they can monitor, plan and take corrective actions from an information technology standpoint.

And, this is only the tip of the iceberg.

As the computational power of computers increases, there are going to be many more issues like this.

It’s also important to remember that this is not just a concern for the information technology department.

It is also important that the marketing and public relations teams stay on top of these issues, because the mainstream media is most likely going to be talking about it, particularly when it really becomes an issue that has an immediate effect on the public.

By having a plan in place ahead of time, the marketing and public relations teams will know how to respond to customers’ concerns before they arise.

If the business is more prepared than the competition, it can help them gain a valuable competitive advantage that might lead to additional business opportunities, and maybe more important, prevent the loss of current customers.