Is Twitter Destined to Fail or Did It Find a Creneau? 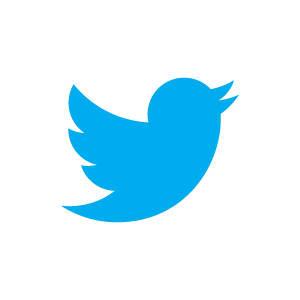 People are always trying to assess the future of various social networking sites.

For businesses, this type of assessment is needed from time to time, because businesses don’t want to invest heavily in a particular social networking site only to see it close its doors.

Therefore, it’s not surprising that HubSpot is holding a debate about the future of Twitter on Friday, June 22, 2012, at 12 P.M. EST.

Mr. Bodnar predicts that “Twitter is slowly coming to an end.” On the other hand, Ms. Fitton “couldn’t disagree more.”

Personally, I agree with Ms. Fitton, but it will be interesting to hear what they both have to say during the debate.

In the book, the authors point out that the French have a rather useful marketing expression, “Cherchez le creneau.” The English translation: “Look for the hole.”

The authors suggest that it is difficult (if not impossible) for a brand with a small share of the market to take on the established leader by competing head-to-head.

Instead, they suggest, “Cherchez le creneau and then fill it.”

In the social media world, with over 900 million monthly active users, Facebook is clearly the established leader.

Using the logic put forth by Ries and Trout in their book, it doesn’t make sense for another social network to try to take on Facebook by offering a similar product. However, in my opinion, that is exactly what Google+ is trying to do.

Twitter, on the other hand, with its approximately 100 million users, offers users a social network that is very different from Facebook. Instead of using a complicated formula similar to Facebook’s EdgeRank to determine who sees a post, pages and a timeline that are filled with a lot of other distractions, and a plethora of other features, Twitter focuses on speed, simplicity, and brevity.

In fact, what makes Twitter unique is brevity. That is, given the fact that posts can only be 140 characters long, it forces the person who posts the message to get to the point.

Furthermore, Twitter is great for skimming through a lot of posts quickly to see if there is something that you might want to learn more about by clicking on the link, if there is one. This is not as easy to do with Facebook.

Therefore, it’s not surprising that according to a MarketingVox study, 40% of active Twitter users don’t actually tweet. They are using Twitter as a resource for information.

And, as Tom Webster points out in his blog post, titled “Why Twitter Is Bigger Than You Think,” the way that Twitter is set up makes it easy for traditional media outlets to use the site as a source for their news stories.

Bigger Is Not Always Better

I’d argue that this might not be a bad thing.

Often when a site gets so big that everyone is using it, it loses its appeal to a certain subset of the population. Twitter offers people an alternative to Facebook.

Furthermore, while users might use Facebook to connect with certain people, they might choose to also use Twitter to connect with a different subset of their network. This allows them to post things without sharing everything with everyone in their network. (I know that you can accomplish this by changing the post settings in Facebook, but sometimes it’s just easier to post to another network and not have to worry about it.)

Twitter is not going to be useful for every business.

Keep in mind, however, what you tweet does have a chance of showing up when your customers and prospects do a search on Google or any other search engine. This is just something to think about.

It is important for businesses that use social media for marketing purposes to keep up with trends and assess the health of each social networking site that they use to connect with customers and prospects.

Therefore, it might helpful to watch the debate that is being held by HubSpot on Friday.

Going into the debate, my feeling is that Twitter will be around for a long time, even if it only serves a small subset of the population.

Social networking sites can’t be everything to everyone.

As I pointed out in this post, I think that the fact that not everyone is using Twitter can actually work to its advantage.

In other words, I definitely think that Twitter has found a creneau and filled it.