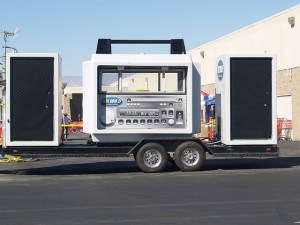 Online marketing is becoming necessary for brands because their customers and potential customers spend a lot of time on the Internet.

Mobile marketing is also becoming more important because it often gives brands the ability to reach their target audience when these consumers are making purchase decisions at retail stores offline.

A recent study that was released by the Pew Research Center’s Internet & American Life Project reinforces this fact by pointing out that many consumers still don’t use the Internet.

As of August 2011, 78% of Americans age 18 or older used the Internet. This means that about one in five American adults can only be reached via the traditional media channels.

The survey results from the Pew Research Center’s Internet & American Life Project study point out that Internet usage among Americans age 18 or older is strongly correlated with age, education, and household income.

According to another study that was conducted by the Pew Research Center’s Internet & American Life Project in the spring of 2010, only 10% of adult Americans who weren’t Internet users at the time that the study was conducted indicated that they would like to start using the Internet or email in the future.

However, given the fact that only 78% of Americans age 18 or older go online, it’s important to remember that brands still need to use traditional media channels when marketing their products or services to consumers.

In fact, marketing campaigns that are delivered via the traditional media channels are even more important for brands that are targeting older, less educated, and less affluent consumers because these consumers are the least likely to go online.

The key is know where your customers and potential customers consume content, and then advertise there.