Beyond the Check-In: The Sweet Sound of Location-Based Marketing 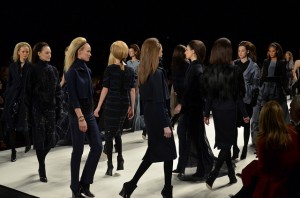 Therefore, as I mentioned last week in a guest blog post on the Strategy E-ssentials blog, it is becoming necessary that businesses develop strategies to help consumers find information about their products and services when consumers reach for their mobile devices. Although it is not the only tool in a business’s mobile marketing toolbox, location-based marketing is going to become more important for businesses of all sizes in the very near future.

The Future of Location-Based Marketing

In my post on the Strategy E-ssentials blog, I talked about a few of the cool things that are going on in Location-Based Marketing. This not only includes using location-based social networking sites in a brand’s marketing efforts, but it also includes giving consumers additional information with location-informed ad content and using geofencing to send targeted messages to consumers when they enter or exit a certain predetermined geographic area.

If you have read my blog for the last few weeks, you know a little bit about what brands have been doing with Shazam and IntoNow to help facilitate interaction with consumers while they are watching television.

The concept of using sound to trigger advertising messages or deliver additional content to a consumer’s smartphone is not limited to the time when they are near a television, a computer or even a radio.

As I mentioned in a blog post last summer, stores that have partnered with the shopping app, Shopkick, use a device that sends data via sound waves that are above the range of human hearing to a smartphone with the Shopkick app running—thus enabling Shopkick users to activate the reward of the day.

As an AdWeek article posted last December points out, “Repurposing the bus-tracking technology, Densebrain devised small beacons—designed to be hidden from view—that can be attached to shelves, and which emit inaudible, high-frequency sounds that trigger smartphone messages. The audio code can also be overlaid onto an existing audio track. As long as consumers have downloaded an app integrated with the technology, the smartphone will respond to the sound without user activation.”

This technology can be used to alert consumers to special offers when they are in brick and mortar retail stores or restaurants, or it can be used to provide interactive content during television programs. And, it could also be used during live concerts and sporting events.

In fact, it is being used in the Made Fashion Week app that debuted this month during New York Fashion Week. Using the Sonic Notify technology, the app displays information about each look as models walk down the runway.

Location-based marketing is becoming more important for businesses of all sizes.

It’s important to note that location-based marketing doesn’t only include check-in apps, but other technologies like location-informed ad content, geofencing and sound-triggered smartphone apps, as well. And, these are just some of the current technologies out there.

I can’t wait to see what they think of next.