From Touchdowns to GRAMMYs 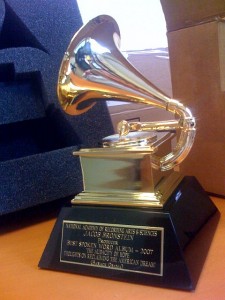 Last week, I wrote a blog post that pointed out that brands are now taking advantage of the fact that many people have access to a smartphone, tablet computer or a laptop when they watch television.

As I pointed out in that post, brands that aired commercials during the Super Bowl allowed viewers to get access to additional content or discounts on their products when viewers went to their website or their page on certain social networking sites. Some brands also partnered with companies that own smartphone apps to help facilitate the interaction with their brand.

The Game Has Just Begun

Integrating social media into a brand’s marketing mix is a relatively new thing for everyone. In fact, it is a whole new ball game—one that is just getting started.

Social networking sites also make it easier to be a Monday morning quarterback.

Brands are going to make mistakes. The key is to learn from them… and the only way to do that is to analyze the situation, exchange ideas and then make adjustments in the future.

One of the things that really piqued my interest this year was how brands used the Shazam app to help people who watched the Super Bowl gain access to additional content, enter sweepstakes, make donations to charities and receive discounts that were being offered by brands just by tagging the commercials that were aired during the game. Additionally, viewers who tagged the game itself could see real-time statistics about the plays and the players, participate in polls, vote for their favorite ads and buy Super Bowl merchandise.

In a press release that Shazam issued on Monday, Andrew Fisher, Shazam’s CEO, pointed out that, “The Super Bowl was our first major live network television event where we enabled people to interact with all aspects of the game, including the ads and the spectacular halftime show. Knowing the size of the Super Bowl audience, we had high expectations for how many people would be engaged during the event and with the numbers in the millions we were blown away.”

With that said, I noticed a few things that brands should consider in the future.

If a logo was included, it would have definitely encouraged more people to tag each ad with the Shazam app.

Second, because it takes some time to open the app and tag a commercial, I found that I missed the message that many brands were trying to convey when they aired their commercials. (It’s a good thing the commercials are also posted on YouTube.)

In an article on fastcocreate.com, Shazam’s CEO addressed these issues. He also mentioned that brands need to offer a valuable incentive or reward when viewers use the app to tag a commercial. This is a lesson that should be heeded when brands ask consumers to interact with them anywhere (e.g., when consumers are asked to scan QR codes, use smartphone apps, use social networking sites, etc.)

In fact, Shazam has partnered with The Recording Academy to offer additional content to viewers during the 54th Annual GRAMMY Awards.

When viewers use the Shazam app to tag the live broadcast of the awards ceremony, they will be able to access a live stream of behind-the-scenes footage, keep track of the artists performing live so they don’t miss a minute of the action and have the ability to look up the nominees in all the major categories with links to purchase music from iTunes and Amazon.

Shazam is also giving one lucky person and their guest the chance to win a VIP trip for two to the 55th Annual GRAMMY Awards in 2013. (See the Shazam website for additional information.)

As I have said before, it is important for brands to take advantage of the fact that consumers have access to smartphones, tablet computers and laptops when they watch television.

This could include inviting consumers to engage with them on their website, any social networking site or via a smartphone or tablet computer app.

This is exactly what many brands did during last week’s Super Bowl.

As I also mentioned, I found it particularly interesting how brands used the Shazam app to engage with consumers.

I definitely think that this is a great use of this technology, and I think it is only going to become more prevalent in the future.

However, because the notion of engaging with consumers online or via smartphone apps is a relatively new idea, brands are going to have some failures mixed in with their success stories.

The key is to learn from the mistakes and make adjustments.

It should be noted that the next chance that brands will have to engage many consumers at the same time is only a few hours away.

If you get a chance, you might want to check out what brands do to interact with consumers during the 54th Annual GRAMMY Awards. It is going to be particularly important that they send the right message given the tragic news that we received just a few hours ago.