What Apps Are Currently on Your Smartphone? 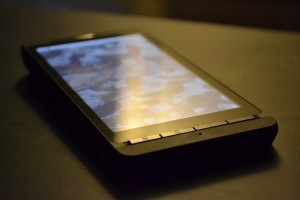 As I mentioned in a post earlier this month, comScore reported that for the three-month average period ending in October 2011, 90 million people in the United States owned smartphones. As would be expected, this number continues to increase.

In fact, according to Flurry Analytics, 6.8 million Android and iOS devices were activated on Christmas Day. This is a 353% increase over the average number of activations per day that were observed in the first 20 days of December, 2011.

Therefore, it’s not surprising that the number of smartphone app downloads was 125% higher on Christmas Day, when compared to the baseline measurement.

With all the new smartphone owners out there, it makes sense to suggest some smartphone apps that people might be interested in.

It should be noted that I currently own an Android phone, so most of my suggestion will be based on apps that are available for that operating system. However, most of these apps are also available on other mobile operating systems, as well.

If you are currently using any of the social networking sites out there that have apps available (e.g., Facebook, Twitter, Tumblr, Google+, Myspace, YouTube, etc.) then it makes sense to download those apps to your phone. There are some other apps that can be used to access these social networks, as well. In fact, there are many apps currently available that allow you to access your Twitter account.

Google Maps is also a very useful app. The Android version of the app eliminates the need for a separate GPS navigation system. It also now includes indoor maps. I haven’t tried this feature… but it sounds really cool.

The CNN app is great for keeping up with the latest news. When the app is installed on your phone, you can choose to have it notify you about breaking news. I also recently installed the CNNMoney app. It is similar, but it focuses on business news.

CNET TV and G4 both have great apps that provide users with the kind of information that satisfies the tech nerd in all of us.

Evernote is included on a lot of favorite app lists, including mine. Among other things, you can use the app to take notes in meetings or write down ideas that you want to remember when you are on the go. As an added bonus, you can also access Evernote from your PC. I use this app a lot for taking notes about topics that I want to blog about in the future.

Foursquare is one of my favorite location-based social networking sites. The app is very easy to use, and businesses sometimes reward you for checking in to their venue. I have written several blog posts about Foursquare in the past. It should also be noted that there are other apps out there that serve a similar purpose, like SCVNGR and Google Latitude. However, I currently tend to use Foursquare the most.

If you are looking for a cool photo sharing app, I’d suggest giving picplz a try. However, I have also heard a lot of good things about Instagram. It was recently announced that Instagram is working on an Android version of the app. Until the Android version of Instagram is available, picplz is a very good alternative. In fact, there are people out there who say that they prefer picplz to Instagram.

GetGlue is a great app that allows you to let others know what you are currently doing (i.e., reading a book, listening to music, watching a television show or movie, playing a video game or just thinking about a topic.) The current version of the app is a little clunky, but I still enjoy using it. And, hopefully, future versions of the app will fix some of the problems that I am currently having with it.

I am also a fan of the Yelp app. It gives you access to user-generated reviews of the local bars, restaurants and stores in your area. Yelp is a great resource for people who have recently relocated to a new city or are visiting a city that they have never been to before. It also has a check-in component similar to Foursquare. And, if you get a chance, check out Yelp’s Monocle. Yelp’s Monocle is an augmented reality feature that among other things allows you to see reviews of the businesses that are nearby.

Urbanspoon is another app that can help you find nearby bars and restaurants. The unique thing about this app is that if you can’t decide where you want eat, you can use the Urbanspoon slot machine to get additional suggestions. It’s a very cool app.

Shopkick is another fun app that allows you to earn kicks by visiting participating brick-and-mortar stores and scanning certain items with your smartphone. The kicks can then be redeemed for merchandise at participating retail stores or donated to certain charities.

I also need to mention the Google Reader and Listen apps. I use these apps a lot for reading blog posts and listening to podcasts, respectively.

And, if you sell things on eBay, you definitely will want to download the eBay app. It has many useful features that help facilitate the buying and selling process.

Finally, there are a few apps that I haven’t used that much, but I want to mention because I think that they could potentially be very useful to some people. These apps include Google Googles, RedLaser, Zaarly and WHERE.

Many people received smartphones over the holidays.

That means that many people are now learning about the different ways that smartphones can make life a little easier by simplifying some of our everyday tasks.

However, in order to take full advantage of their smartphones, people need to know what apps to download.

The list that I just provided is a good place to start.

However, with over 500,000 apps in the both the Apple App Store and Google’s Android Market, it’s just the beginning.

For additional suggestions, you might want to check out the lists that are provided by other bloggers. In fact, Nate Riggs just published a list today. Jeff Hilimire also frequently blogs about apps that you might never have heard about before.

Other popular websites also frequently list some of the best apps that are currently available.

However, the only way you can truly know whether or not an app is valuable to you is to actually try it yourself. So, I’d suggest heading over to the Apple App Store or Google’s Android Market and give some of the many apps out there a try.

And, if you have any other apps that you would like to suggest, I’d love to hear about them.