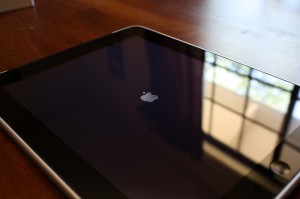 There is a lot of information being shared on the Internet.

An article on techcrunch.com, titled “Twitter: 1 Billion Items Delivered A Day Is Nice, Google+. We Do 350 Billion.,” has some very interesting statistics.

At the time the article was posted, 1 billion items were being shared on Google+ per day.

In comparison, approximately 350 billion tweets were being posted per day on Twitter.

As for Facebook, the article states that users were sharing 4 billion things per day.

With more people joining these social networking sites daily, these numbers are bound to increase.

And, these are only three of the platforms that people are using to share information.

And, when you add in blogs, websites, podcasts and any other way that people can communicate on the Internet, it is clear to see that a lot of information is being shared each and every second.

According to a post on mashable.com, titled “How Much Data Will Humans Create & Store This Year? [INFOGRAPHIC],” 1.8 zettabytes of data is being created or replicated this year alone.

To put that into perspective, every person in the United States would have to tweet three tweets per minute for 26,976 years non-stop to create this much data.

Furthermore, it would take 57.5 billion 32 GB Apple iPads to store 1.8 zettabytes of data.

Information at Our Fingertips

The abundance of information that we have access to is amazing.

With search engines like Google to help people navigate the Web, people can find information on virtually any topic that they desire.

And, people can hear about major events almost immediately after they happen with the help of all of the social networking sites that are available to almost anyone with computer or mobile device.

However, with this much data being shared by people all over the world, it’s important that people make sure that the information that they receive is factual.

When major events happen around the world, rumors are bound to spread.

Ultimately, it’s the responsibility of the consumer to make sure that the information is factual before making any decisions based on what he or she reads, hears or sees on the Internet. (Remember, even photos can be altered with programs like Photoshop.)

This argument also holds true when we talk about making business decisions based on data received via the Internet.

There is constant pressure to be the first to get information out there.

Furthermore, many businesses want to get new content on their blogs for SEO purposes.

However, that also means that rumors that are not based on facts have the ability to spread like wildfire.

Furthermore, with the increased emphasis on getting the information out there fast, typos are bound to happen.

My suggestion to you is to make sure that the information that you receive is coming from a trusted source before you make any decision, particularly a business decision. (Note: This is true no matter how you receive the data.)

In fact, it is often prudent to check with the original source before making any major business decisions.

A lot of data is being shared on the Internet these days.

However, not everything that is posted on the Internet is based on facts.

As mentioned, it is ultimately the consumer’s responsibility to make sure that the information is factual before making any decisions based on what he or she reads, hears or sees on the Internet (or any other communication channel.)

However, in many cases, it would be impossible to fact-check everything.

What you can do, though, is make sure that the information that you receive and share with others is coming from a reliable source.

It is for that reason that I include links to all the sources that I cite in my blog posts. (Many other bloggers do the same thing.)

Remember, there is a lot of good information out there.

However, there are also a lot of unfounded rumors that are being spread on the Internet.

At the end of the day, it pays to make sure that the information is coming from a reliable source.